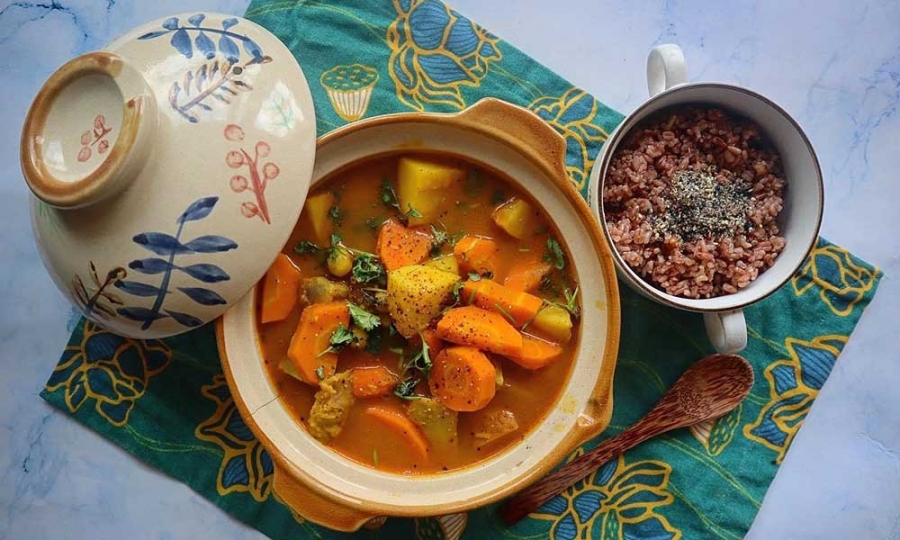 Vietnamese cuisine is well known and loved for its bright, fresh flavors, layered textures and of course, liberal use of fish sauce. It’s not really known for vegan cuisine, yet vegan restaurants are popping up in cities like Hanoi, Ho Chi Minh City and Da Nang. Many of these restaurants cater more to tourists and expats than to locals, though through its traditional Buddhist influence, Vietnamese culture is no stranger to veganism.

When a person dies, Vietnamese Buddhist tradition calls for loved ones to observe 49 days of prayer and veganism.

When I caught up with Van, the Instagramer behind @veganwith_nu, she shared that her experience with veganism began as a religious observance after the death of her father.

“For Buddhists, the best thing you can do for your loved one after they’ve died is to eat vegan for 49 days and pray for them to go to heaven. At that time, I started with veganism out of love for my dad and for religious reasons, but after a month and a half I recognize that it wasn’t as terrible as people say,” recalls Van.

Rather than struggling all the time with a lack of energy, nutrition and protein — a common belief among her peers about a vegan diet — Van found it made her feel light, less bloated and made her cooking much easier and faster.

“I used to cook a lot for my family — I was the main chef in the house — and we had a sit down dinner every night. My diet before being vegan was quite clean and healthy. I didn’t eat so much meat, my main source of protein was egg, fish and seafood. However, after 49 days I didn’t commit to becoming a vegan until I met a vegan guy who encouraged me.”

But, is it easy to convert traditional Vietnamese cuisine? Some of the signature flavors are dependent on decidedly non-vegan foods, like fermented fish.

Van says it’s quite easy to make Vietnamese vegan dishes, but sometimes you have to admit that the flavor will never be the same. She says, “For Vietnamese cuisine, we don’t eat everything in just one place or bowl (except soup). We have separate dishes for each kind of food — for example rice, main dish, veggie and a side of soup. Everything is going to be the same, except the main dishes become plant-based and environment-friendly.”

Even so, it’s a huge challenge to find vegan work arounds for some soup broths and sauces that form the backbone of many traditional Vietnamese dishes. Fish sauce is top of  the list. Van notes that as veganism gains in popularity, food companies will put more effort into bringing satisfying vegan alternatives to market.

Vegans need to pay close attention to making sure they get the full range of nutrients in their diets. Van says the lack of diverse ingredients in traditional Vietnamese cuisine is another challenge.

“To convert Vietnamese dishes to the vegan version, it’s easy to lack nutrition. For Vietnamese people, when becoming vegan they rely heavily on grains such as black bean, mung bean, peanut, soybean, sesame seed, chia seed, rice and tofu. It’s such a boring diet and they don’t even know about flax seed, chickpea, edamame, tempeh, quinoa. This lack of familiarity with different ingredients prevents a lot of local people from going vegan.”

When converting a traditional cuisine to a vegan diet, Van recommends simplicity. “Use fewer fancy seasonings, keep the spices simple. You should try to make things simple so you can taste the original flavor of the food.” 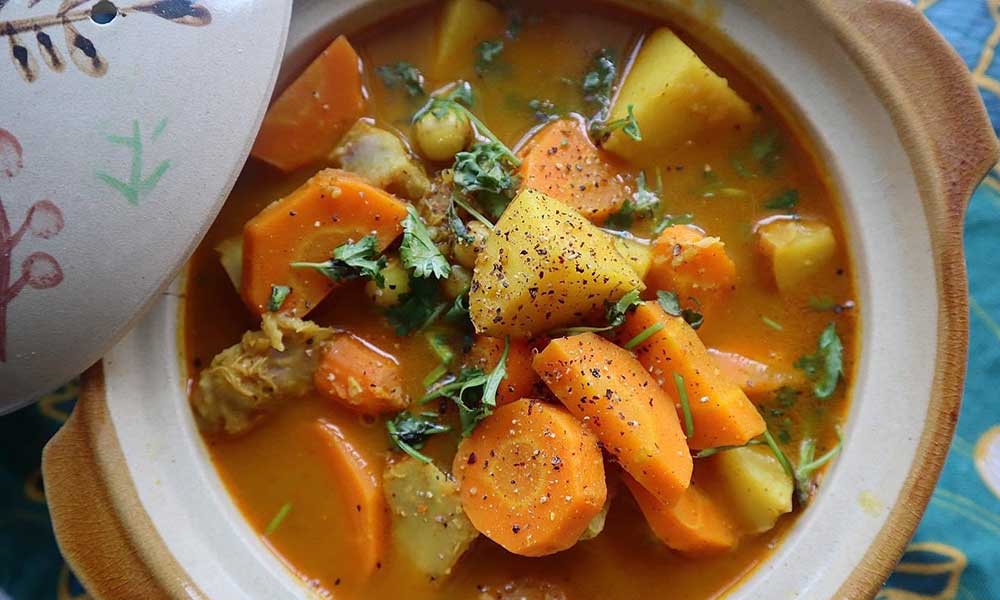 Van uses an air fryer for many dishes. She loves this method because it’s fast, creates all the delicious flavors of deep frying without the oil and mess, and results in vegetables that are perfectly crunchy and golden on the outside and tender on the inside. Check out air fryers here. 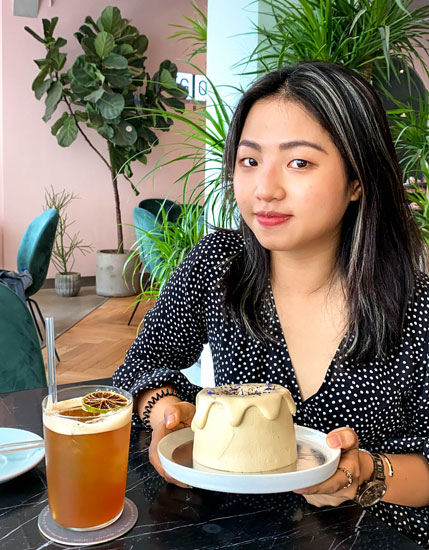 With so many different options, how do we really know that our earth friendly trash bags are helping the environment instead of just costing us… Read more
Wondering what to pack for a sustainable, eco friendly vacation? There are so many easy ways we can have our adventures with less of a… Read more
Nonstick cookware is popular largely because cooking does not require the use of oils or fats, which purportedly creates healthier meals. The price for this… Read more