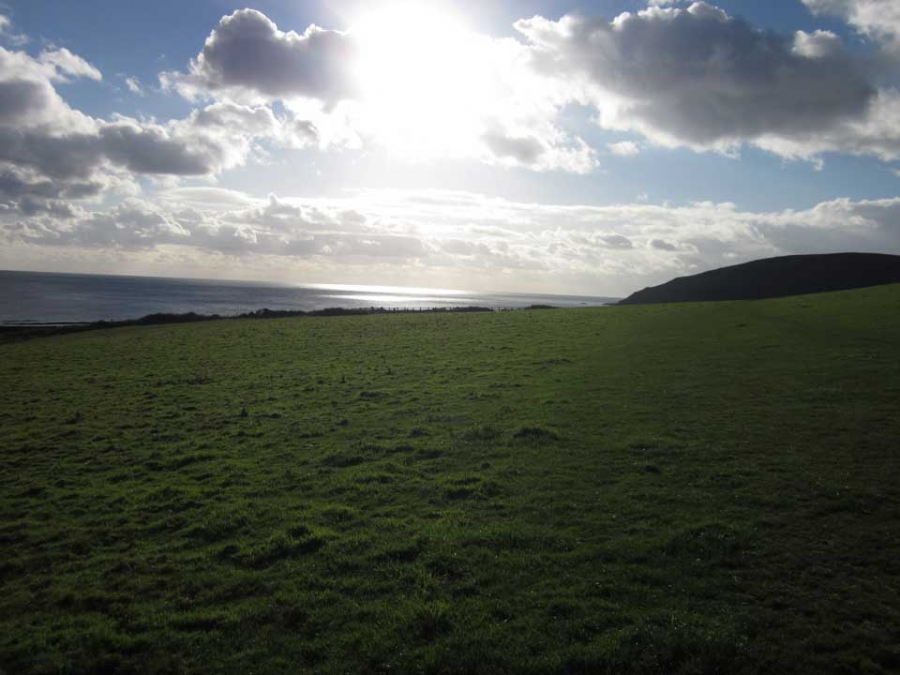 Last year, the United Kingdom saw two opposite ends of the weather spectrum—drought and flooding—causing millions of pounds in property and crop damage. Learn how climate change is affecting crops, livestock, farmers, prices and lives in the UK.  What is the future of sustainable agriculture?

Two extremes in one year

In the UK, early 2012 brought one of the worst droughts in 59 years, eventually reaching an intensity that prompted widespread hosepipe bans in those areas most affected.  However, by June the drought had been replaced by massive rainstorms and flash floods in areas that were once expected to be safe from such catastrophes.  The extreme deluges continued well into the autumn.  By the end of 2012, the UK had not only seen its worst drought in a generation but also its second wettest year on record. A population at risk Due to the rainstorms of 2012, over 8,000 homes and businesses in the UK experienced flooding. According to the UK Climate Change Risk Assesment (CCRA) published by the government, currently 6 million properties (or one in six properties) are at risk to some degree of flooding.   Furthermore, in England and Wales alone, 560,000 properties have a very significant likelihood of river and tidal flooding. The CCRA also stated that there is a significant likelihood that, factoring in population growth, between 1.3-3.6 million people may be exposed to flooding by the 2050s. The Met Office suggests that due to climate change, downpours that once occurred one out of 100 days occurred every 70 days in 2012.  Their analysis projects that wetter years are to become more frequent.

Impact on crops and livestock

Extremely wet conditions lasting well into the end of November caused once rich farmland to become waterlogged and unsuitable for planting.   Most crops were seeded in the right window of time.  However, overly wet soil, increased slug and pest activity, and moisture-related plant diseases greatly reduced yields. A further hit to crop yields was caused by a lack of pollination, as bees were forced to remain in their hives, unable to fly in the wet weather conditions.  Unable to feed themselves, loss in bee colonies led to a 75 percent drop in honey production. Of the crops most affected, the damage to wheat fields was perhaps the most significant.  Wheat yields fell by roughly 14 percent, and what wheat did emerge exhibited greatly reduced quality.  Because of this, in October alone, the UK imported 221Kt of wheat.

Coming out of drought, farmers were unprepared

The devastation that both drought and flooding caused to grain yields had an equally detrimental effect on the meat industry.  Grain has become an inextricable input in livestock rearing, and so while the price of feed climbed due to shortages in supply, so did the price of meat, contributing to the overall 3 percent increase in food prices beginning in September. Higher livestock fatality has also contributed to a rise in meat prices. As a farmer, preparing for the upcoming season is essential to crop and livestock success.  In light of the drought and expecting temperatures to rise over the summer, farmers such as Senara Collings of Hendra Farm in Cornwall, prepared for the upcoming summer weather by sheering her sheep in June as per normal.  However, when cold and wet conditions laid siege to the land, her newly shorn sheep were left vulnerable to the surprising change in temperature.

Lambing losses were high as the weather deteriorated just as lambing started and many were born in cold and wet conditions (we lamb outdoors).  They were either born dead, or died shortly after. Post shearing (beginning June) we lost 4 ewes to hypothermia.   Foot problems have been ongoing due to the warm, wet conditions, and this has been endemic amongst all sheep farmers. The lambs haven’t grown on as well as they should, so it will be longer before they are fit for slaughter.

A hit to the UK and a hit the world

It has been estimated that a total £600m (roughly $933m) of crops such as wheat, potatoes and apples were lost in the UK due to the effects of the weather. Global prices for grain and other staple foods have risen in the past decade as extreme weather events like those in the UK have increased in frequency all over the world.  Heat waves which swept through southern Europe, the US, Russia, Australia, Brazil, and many other countries have greatly reduced the global supply of grain.  As the world’s population is expected to increase to 9 billion by 2050, weather events such as these pose a threat to global food security.

One bit of positive news

Drought and flood stricken fields resulted in less than perfectly shaped and colored fruit and vegetables which grocery stores previously would have discarded.  According to the UK Soil Association, 20-40 percent of perfectly edible produce is thrown away before it even reaches the grocery store due to cosmetic imperfections.  However, because of crop shortages, grocery stores such as the mega-chain Sainsbury’s couldn’t afford to be picky and began accepting produce which were blemished, misshapen, or were smaller than normal, cutting down on the amount of needless food waste.
11 Mar – Field & Sea / Climate Change / Farming