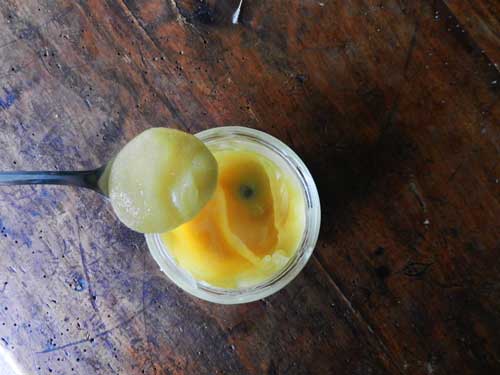 Known as “honey laundering,” one of the most pervasive international food scandals of our time is centered on illegal honey trading. A scandal to rival the United States’ “Watergate,” the honey laundering scandal has been dubbed “Honeygate” by authorities. When cheap, subsidized Chinese honey started flooding the global markets, many local honey producers went out of business because they couldn’t compete with the artificially low prices.  The US responded by laying a stiff tariff on Chinese honey.  Chinese honey producers evaded the tariffs by smuggling their honey into the US labelled as honey from somewhere else.  You may be buying tainted or fake Chinese honey without knowing it, since the origin of the smuggled honey is purposely obscured or mislabeled.

Honey from China has been found to contain banned antibiotics and traces of lead. In addition, some Chinese honey is just plain fake. The dangerous antibiotic found in some Chinese honey is chloramphenicol, an antibiotic banned from human food consumption, including through food producing animals. Chloramphenicol is known for causing aplastic anemia, a sometimes fatal illness that attacks the human white blood cells, most often requiring a bone marrow transplant and chemotherapy. According to public health experts, about one out of every 30,000 people will be affected by aplastic anemia due to chloramphenicol exposure. Chinese honey may also be diluted or even completely artificial. Some illegal, ersatz honey may contain partial mixtures of honey and sweeteners, thinners, flavors and colors, or may be completely devoid of any honey at all. In either case, these products are being shipped and sold as the real deal. Heavy metals are another problem with Chinese honey. Many of China’s honey processors are ill equipped to properly process and package honey. Their outdated equipment and honey storage practices can lead to the presence of heavy metals, including lead, in the finished product.

Honey laundering, or transhipping,  is accomplished by shipping Chinese honey to another country, where it is repackaged and labelled, obscuring where the honey actually came from. It is then shipped on to the US. For example, in Australia in 2001 and 2002, over four million pounds of honey was received from China and re-exported to the United States. The honey was purportedly from Singapore; however, it is believed that it was actually from China. Food Safety News reports that other countries who are intermediaries in the illegal trade include Vietnam, India, Russia, South Korea, Thailand, Indonesia, Malaysia, Mongolia, Taiwan and the Philippines. The FDA has created a “red list” of firms that are subject to detainment and examination of honey products entering the US.

Though honey laundering—and the resulting dumping of cheap foreign honey onto US markets—has taken a toll on domestic beekeepers’ sales, the fear of being exposed to harmful antibiotics has caused some consumers to seek out local honey. One scandal in particular has driven up raw honey sales in the US.  Two of the largest honey processors in the US have admitted to purchasing smuggled and mislabeled Chinese honey, and repackaging it for sale. The two processors have been charged in US federal courts for their involvement in the illicit honey trade. According to US Immigration and Customs Enforcement and Homeland Security Investigations, the re-routing of the honey evaded anti-dumping duties totaling over $180 million.

A significant issue with Honeygate is the fact that honey from China is not illegal in the United States, however, the antibiotics often used on the bees that make Chinese honey is illegal and banned in all food products. The US has not yet added itself to the growing list of countries that will not accept any honey coming from China. Unfortunately, the US currently has no national standard for “pure honey” so the products that are imported that are contaminated, or are not honey at all, often fly under the radar. Due to the lack of a national standard and the FDA’s reluctance to create standards, many states are individually setting their own standards in regards to honey, which the FDA fears will impede interstate commerce.

How to avoid buying bootleg honey

The only true way to ensure that the honey we are buying is real and safe is to buy it from reputable, local suppliers. Unfortunately, Honeygate has been detrimental to many domestic honey producers and has caused some to even go out of business. Honey is created when bees collect nectar from flowers and regurgitate it into beeswax honeycombs. The honey that gathers in honeycombs can be light or dark, sweet or pungent, depending on the flowers being pollinated and the location of the apiary. You can’t tell if your are buying bootleg honey from the appearance, and with all the honey laundering that goes on, you certainly can’t count on the label. The best way to know that the honey you are buying is real and safe is to buy honey from a trusted local source. Every region has its own honey producers.  Find one in your community or area.  Make sure there is a person or family that stands behind the brand, people who have a personal stake in their reputation in the communities they serve.  A good place to start your search is at the local farmers markets.

The Backyard Beekeeper – Revised and Updated: An Absolute Beginner’s Guide to Keeping Bees in Your Yard and Garden