A long spate of food safety scandals in China is fueling the demand for organic. 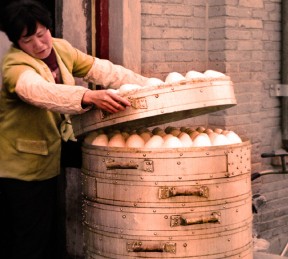 For a long time now, China has been buying up land all over the world in order to secure resources for its growing population.  China’s sizable purchases of land for agricultural purposes has led to large swathes of land in places like Brazil and Africa being deforested and converted into soy bean fields—and especially cattle raising operations—in order to meet the increasing demand for meat in the Chinese diet. Land purchases have not only been used for domestic purposes but also to meet the demand of emerging markets.  Currently, China is leading the world with the largest amount of land converted to organic farming.  Most of China’s organic food production goes to export; however, recently there has been a shift in domestic consumption to organic goods.

Until quite recently, the Chinese daily cuisine was centered on fresh, seasonal produce bought at local street markets.   However, in a short span of time China has seen a massive shift of people moving from rural agricultural land into cities in search of manufacturing work. Urban development has responded to support this burgeoning population.  Small markets and restaurants have been replaced by large, corporate chains, fast-food restaurants from the West have grown in number and popularity, and processed foods and refrigerators have become more readily available, decreasing the public’s reliance on fresh produce. To feed this growing urban population, farmers are hard pressed to produce more with the little land that they have as urban sprawl—as well as the Gobi desert—continues to encroach upon arable land.  Many farmers have turned to the excessive use of synthetic fertilizers and pesticides in order to ensure higher yields.  It has been reported in an article in the UK’s Telegraph that in Shanghai farmers use up to four times the amount of pesticides recommended. The shift amongst the Chinese to buy more organic produce has not been so much out of concern for environmental welfare, nor the challenges farmers are facing, or even the negative effects of petrol-based fertilizers and pesticides on the public’s health.   Rather, this spike in demand for organic produce has come out of a response to the increasing number of horrifying food scandals coming out of China. 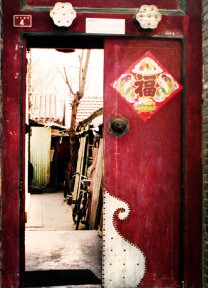 Would you like a glass of leather milk to go with your aluminum dumplings?

To recap a few of the most recent scandals in Chinese food production: In 2008 melamine, an industrial chemical used to make plastic, was added to infant milk formula to make the product appear to contain higher amounts of protein.  The addition of this ingredient to the formula resulted in the death of at least six infants, and nearly 300,000 reported ill. In 2011 another scandal regarding milk contamination surfaced.  This time hydrolyzed leather protein was found in milk—which the media named “leather milk.”  Made from scrapped leather and animal hair, the additive appears to boost the protein content of milk much like melamine. Suspicion that many of China’s rice crops contained heavy metals led to a study of Chinese food products made with rice flour.  The study found that nearly one third of the 696 samples tested contained amounts of aluminum that were above China’s national standard.  The conclusion was drawn that the baking powder used in the products was the source of the high aluminum levels. Pork that glows blue anyone?   Dubbed “Avatar” meat, pork that contained a certain type of phosphorescent bacteria was found to make the meat glow iridescent blue in the dark.   After its discovery, the Shanghai Health Supervision Department reassured the public that pork contaminated by this bacteria was safe as long as it was thoroughly cooked. Although there have been many other food scandals over the years, the most recent one involving what is now known as “sewage oil” has pushed the public over the edge, and towards organic. Sewage oil is spent cooking oil from restaurants which is discarded down the drain.  Procurers of sewage oil will collect this spent oil from drains and sewer piping, filter it, then resell it to restaurants and street food vendors. It’s estimated that one in ten meals are cooked in this reclaimed oil. Discoveries like this are pushing the Chinese public to look for safe food and cooking oils that have gone through a certification process, such as organic—as well as to cook more at home rather than trust the oils that restaurants use. Still, despite the growing demand for organic foods, the majority of the population cannot afford it.   Although many in the West may complain about the price of organic in contrast to conventional, it is still far more accessible than in China, where it remains a luxury good consumed mostly by the elite.

Return to the land

Against the tide of people moving away from the farming and into more metropolitan work, there is a small movement of people returning back to the land—and this time bringing organic principles with them.  The Shanghai government has encouraged this process by investing in organic farms such as Duoli Organic Farm.  Of the initial 200 million yuan spent for the farm’s start-up costs, the government provided a total of 140 million.  Duoli Organic Farm also acts as a site for researchers and farmers alike to work together to develop more sustainable farming methods.
07 May – News / Certified Organic / China