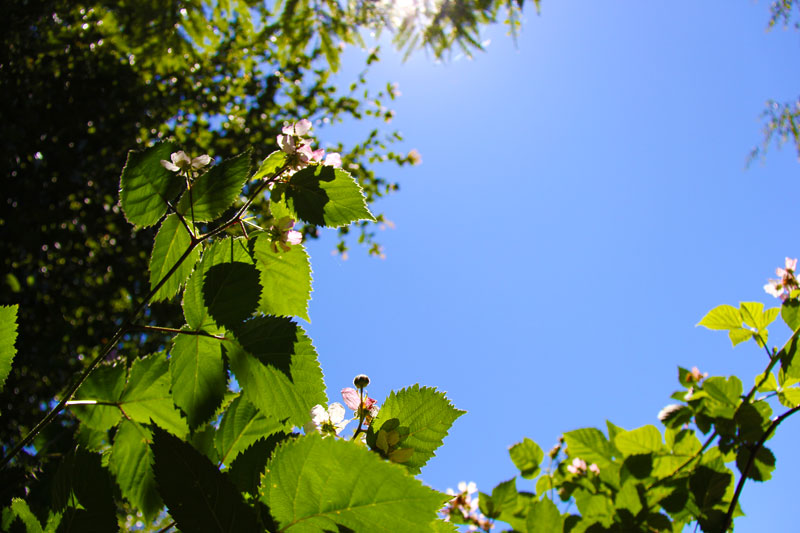 The next time you run low on fruits and veggies, instead of driving to the grocery store, how about taking the kids on a trip to the food forest to see what’s in season? Seattle is creating just such an edible landscape.

Imagine yourself in a forest in which almost every plant, shrub, and tree is either edible or contributes to the growth of the food-producing plants around it.  Now imagine this forest at the center of a large city, creating a productive and edible green space available to everyone. This picturesque Garden of Eden will soon become a reality for those who live in Seattle, Washington.  In Seattle’s Beacon Hill Neighborhood, just two and half miles from downtown, a seven acre plot of land on the west end of Jefferson Park will become the nation’s largest public edible landscape.

What is a food forest?

At the heart of food forest design is the intentional layout of plants to support the growth of food producing trees. Unlike orchards, which may incorporate one or two other types of plants amidst its trees, food forests replicate a forest’s ecology through a practice called companion planting which grows a diverse selection of species planted specifically to support the growth of the food-bearing trees they surround.  Companion plants are chosen to replace the need for added inputs—such as fertilizers, herbicides and pesticides—by naturally fixing nitrogen in the soil, attracting pollinators, creating green biomass that will turn into mulch, repelling pests, etc.  This style of landscaping is largely self-sustaining. As the trees get larger, they will eventually shade-out the growth of these companion plants. Although not all companion plants are edible, many of them will generate a great deal of produce until the trees finally mature years later and provide their own food. It has been said that an acre of food forest will produce more food than an acre of monoculture farmland.  Growing in a monoculuture system (a single crop) will only yield a large amount of one type of food, whereas a food forest has the ability to sustain an entire diet.  Polyculture systems are also more resilient — if one crop fails in a food forest, there will still be others that will go unaffected.  In a monoculture, however, if there is crop failure the entire food system is compromised.  Food forests in particular can be a more effective way of growing food in the city,  as its design is vertical, taking less ground space to grow more food. This style of land cultivation mimics nature’s ability to grow an abundance of food without labor or input from humans.  After all, nature has been producing food long before man began farming the land.

Originally, plans for the Beacon Food Forest were created in 2009 as a final project for a local permaculture design course.   The group decided to make their project a reality and approached the local community with their proposal. Although there was some initial concern about how to develop a adequate volunteer base to maintain the forest and how to mitigate vandalism—the community responded to the idea with an outpouring of support and enthusiasm. Through the Neighborhood Matching Fund (NMF) program, a $100,000 grant was awarded to the project in 2011 from the Department of Neighborhoods.  The NMF was established in 1988 to allocate funds to community centered projects, such as the Beacon Food Forest, which directly benefit local neighborhoods. The impact and influence of a food forest in an urban environment are widely beneficial.  Food forests create healthier ecosystems by attracting useful insects and animals which aid the growth of green spaces throughout the city.  The forest’s trees help reduce climate impact by digesting and purifying pollutants in cities which endure heavy car traffic. In an interview with Glenn Herlihy, one of the forest’s project leaders, Glenn referred to the Beacon Food Forest as a genetic bank of plant material, acting as a nursery to grow strong, edible trees which can be transplanted to communities outside of Beacon Hill.  Large scale food forests have the ability to bolster a city’s food security by providing city-wide access to fresh, free food, ensuring that even the city’s most impoverished have access to food.  Public health may also directly benefit through greater food access, education, and physical exercise involved in cultivation. “A lot of municipalities object to [growing food on public land] because they say, ‘Well, somebody could take the fruit.’ Well, yes—we want them to take the fruit,” commented Owen Dell, an advocate for edible landscaping. Consider the reality of how much food a city creates for itself—practically none.  The urban populace is entirely dependent on food imports from surrounding rural land and increasingly international sources as well.  Food forests can make a community more resilient in the face of natural disasters—during which disrupted transport links or insufficient resources inhibit effective food distribution—as well as to spikes in food prices which oscillate with global politics and uncertain fuel supplies. Food forests can also be an integral part of the city’s recycling program by using the city’s waste to grow the food that sustains the populace. “It’s amazing that—what is essentially farmland material—used to go to the dump,” commented Glenn. Food forests provide a public space for community-building amongst families and neighbors who can eat and garden together, especially for those who do not have access to backyards of their own. People can reconnect with the skills they need to grow their own food, and teach their children where food comes from and how it is grown. “Getting people together is the hardest thing to do but produces, by far, the biggest yield,” said Glenn.

The Beacon Food Forest will feature an edible arboretum which will produce a variety of fruits from around the world, as well as a nut grove, a berry patch which will provide fresh fruit and the ingredients for tasty preserves, an area where kids can play, and a P-Patch community garden. Managed by a non-profit called P-Patch Trust, the P-Patch Community Garden Program leases out small plots of land in 90 community gardens across the city, which are made available for residents to rent for an annual fee of around $30.  The city covers the cost of the land’s water usage in exchange for the plot owner’s dedication to put in a few hours a month to contribute to the maintenance of the community garden apart from the work they put into their own plot.

Food forests: coming soon to a city near you

Glenn stated that the Beacon Food Forest is looking to break ground with its first growing beds in August and September.  Although the fruit and nut trees will take years to mature, the smaller produce shrubs will be up for harvest by next spring. The idea of an edible oasis amidst an urban environment is catching on in other cities across the US.  Plans for food forests have already emerged in Philadelphia, New Orleans, Humboldt and Syracuse. Read more about Philly Food Forests. “It’s funny, when the topic of food comes up, everybody asks ‘What’s my share?’” said Glenn. “We need to get away from that mentality and concentrate on working together and accumulating the skills to grow so that the food can be produced easily.  So that it isn’t a fight for what little is available but rather a major effort to produce a lot.  Abundance is not a hard thing to achieve.” Learn how to create edible forest gardens.
18 Jul – Urban Farming / Food Forest / Free Food