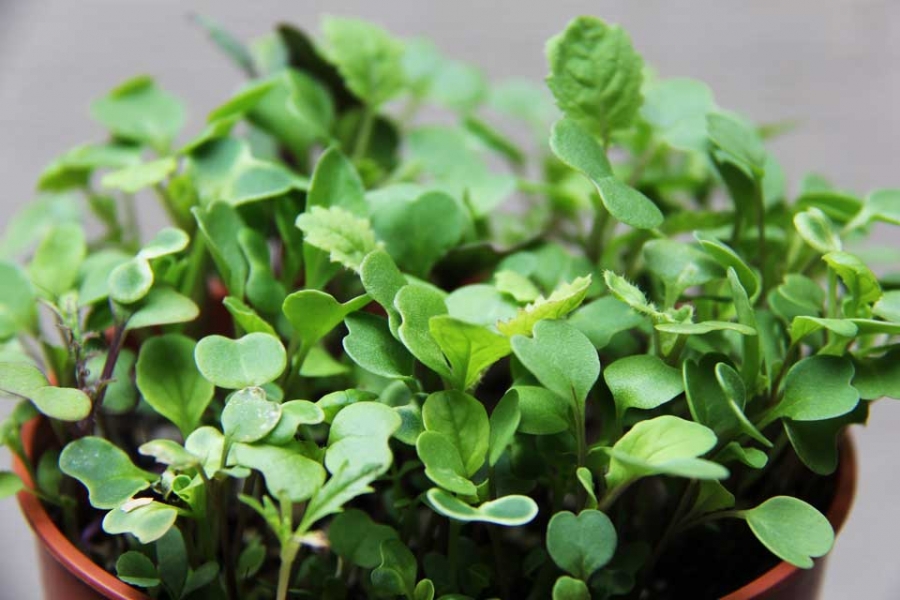 Can you and your neighbors produce a complete diet for the community from your own home gardens? Owen Dell believes so, and gives his tips for defining, organizing and creating your own hyper-local foodshed.

Situated on some of the most fertile land, many suburbs have a legacy of once being extensive orchards or acres of productive farmland before they were developed into bustling cities. It is a wonder then, why ample space and resources are used to maintain little but scenic lawns and fruitless trees. Few urbanites look at their largely ornamental backyards and public green spaces as having the potential to be an edible landscape which can produce food in abundance. In an article about the Food Not Lawns movement in Santa Barbara we saw how neighborhoods have come together to swap surplus produce grown right in people’s yards. Owen Dell, a landscape architect and permaculturist who catalyzed the chapter of Food Not Lawns in Santa Barbara, shared his vision with EthicalFoods.com of taking a step further towards building a sustainable, hyper-local foodshed through what he calls “tuning the neighborhood.”

For Owen, tuning a neighborhood is the organization of food production on a communal level. With the proper participation and available resources, food grown right in people’s backyards and public growing spaces could support a healthy complete diet for the entire neighborhood. The first step to tuning is to define a neighborhood’s parameters. Owen suggests that this area cover an eight to ten block radius, supporting roughly 100-150 people — an area large enough to meet the neighborhood’s dietary needs, but small enough so that people can easily walk or bike to a communal food exchange without resorting to the use of their car. This method of hyper-local food distribution aims at being more sustainable and environmentally viable than the petrol dependent distribution system that suburbs currently employ. The next step is to take inventory of the food that is currently being produced in the neighborhood, along with what kinds of potential growing spaces are available, including micro-climates that might be suited for particular vegetation. Draw up a chart of what food is needed to fill the gaps to produce a complete diet for the neighborhood and in what quantity. Given people’s growing spaces and willingness to garden will provide a picture of where certain crops should grow. Those in the neighborhood who are too busy to grow food, or lack the ability or desire, can choose a crop that requires very little input, such as a plum tree, or can make their land usable for others in the neighborhood to grow on.

Permaculturists and experienced gardeners in the neighborhood could offer instruction on different growing methods needed to grow certain crops. Owen sees the potential for this type of agricultural education to become a city-wide resource which advises neighborhoods on how to build their own foodshed. Permaculture design can play an integral role in creating a healthy, edible garden. Through companion planting, one can grow a garden which is relatively self-sustaining, thriving from symbiotic relationships between intentionally partnered plants instead of requiring a constant input of labor. For instance, some plants will be used to fix nitrogen in the soil as a supplement to fertilizer; and certain ground cover plants will act as mulch as well as help retain water in the earth. Growing a variety of vegetation in each person’s garden will ensure greater resilience to crop failure – if one person’s harvest of tomatoes goes awry, crop diversity throughout the neighborhood will ensure that the community’s entire tomato supply will not have disappeared with that one bad harvest. The final task of neighborhood tuning is to establish a time and place to hold a free communal food exchange. On a city wide scale, neighborhoods that support different micro-climates in which certain crops thrive can trade specialized crops with other vegetation specific to neighboring foodsheds. Any surplus food that is leftover can be donated to food banks and hunger relief programs, or even sold to local markets and restaurants.

Establishing a reliable source of food creates communal resilience in the face of natural disasters, crop failure and food price spikes (inextricably linked to oil prices). In the event of any of these catastrophes, community will play an important role in everyone’s survival. “People are so confident that this system will continue to operate in the way that it has been operating. It probably won’t. And in fact—it already doesn’t. Think about New Orleans after Katrina. That was complete chaos. “That’s not the first time something like that has happened and it’s not going to be the last time. If we had food in our neighborhoods; if we knew our neighbors; if we trusted our neighbors — think how much more resilient we would be,” commented Owen. The concept of sustainability is generally employed only on the individual scale when one considers the different ways in which to make their life more environmentally responsible and self sustaining. However, if only one family in a neighborhood has a productive food garden which can support them, when times get rough, there is no easy way of protecting that source of food.

It has been estimated that the average foodshed in America extends 1500 miles. This method of food distribution uses a morally reprehensible amount of fuel to bring food from the ends of the earth to a diner’s table. This extensive, petrol dependent form of food distributionis not only environmentally ruinous but costs us the very nutrients we eat fruits and vegetables for. Consider the fact that every moment after a piece of produce is harvested, its nutritional value is deteriorating. When it comes to particularly volatile nutrients, such as vitamin C, the degradation is especially precipitous. Today, food is grown not for its nutritional value or flavor, but rather for transport. What remains after genetic modification is a homogenous crop which can boast little more than a high fiber and sugar content, wrapped in a tough skin to withstand transport by land, air and sea. When food is grown in the garden or sourced from a local, organic farm, it is fresh—meaning that it contains the highest amount of nutrients you can possibly attain. Creating food production on a neighborhood scale does not mean putting an end to regional food trade or is any way against supporting local farmers. Tuning a neighborhood requires participation, effort and time from everyone in the community, and is limited to the resources available in a neighborhood, which can be especially challenging in more densely populated areas. Local farmers play an important role in providing any produce lacking in a neighborhood foodshed and can help bolster the food supply especially after major catastrophes.