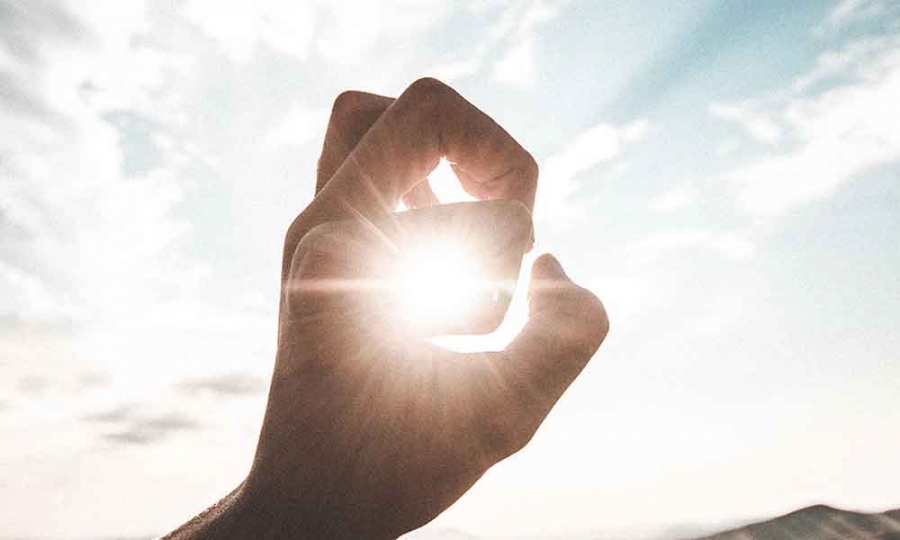 Lapin Kulta Solar Kitchen is part restaurant, part eco-conscious design project, and part traveling art installation. It’s a portable thought experiment dedicated to exploring new relationships between food, cooks and diners, and the environment. The traveling restaurant made its world debut at Milan Design Week in 2011. The brainchild of Catalan designer Martí Guixé and Finnish restauranteur Antto Melasniemi, Lapin Kulta Solar Kitchen gets its moniker from one of its sponsors, Lapin Kulta, a popular Finnish brand of beer. Lapin Kulta translates to “Lapp Gold,” an apt moniker for a restaurant whose raison d’etre is the power of the sun.

Melasniemi, who had previous success with a pop-up restaurant concept in London, told Ha’aretz, “I’m interested in food as a cultural phenomenon and as a language. Instead of being a chef, I enjoy working with conceptual ideas and installations that are related to eating and restaurants.”

The Solar Kitchen toured Europe in the summer of 2011, beginning in Milan and finishing its run in Helsinki, making ten stops in between. Diners were seated outdoors at large picnic-style tables draped with white tablecloths – alfresco eating taken to new heights. The menu changed day-by-day, according to changing weather conditions. Lapin Kulta Solar Kitchen serves everything from green salads to poached eggs to “solar barbecue.” Melasniemi also changed the menu according to locale, serving Italian food in Milan and Finnish food in Helsinki.

Lapin Kulta Solar Kitchen relies entirely on an array of large mirrored discs for its cooking energy needs. Pots and pans of food to be cooked are placed in the center of the discs, where they are warmed by the sun directly. This unique way of cooking food can be challenging. The intensity of the cooking varies according to the weather and amount of sunlight. On bright days, food cooks quickly; on partly cloudy days, more slowly. Thus, the menu must be flexible to accommodate daily conditions.

It is well known that solar kitchens use alternative energy: the sun. Yet it is not so widely known how the technical parameters of the solar kitchen affect food processing when cooking. Heat is all over the food, and is not only below as in the traditional way of cooking. The time sequence is much more progressive, changing continuously. These two facts affect the taste and texture of prepared food in a surprising and positive way, bringing about a completely different tasting experience.

Low-tech solar ovens similar to those used by the restaurant are in use in many communities around the world already. They reduce the need for firewood or other cooking fuel, which in turn reduces deforestation. Solar ovens can also be used to sterilize water and make it safe for human consumption.

Now that 2011 is over, the Lapin Kulta Solar Kitchen project is ended, but Melasniemi at least remains interested in solar kitchen technology—as well as other avant-garde restaurant projects. The chef was in Israel in December 2011 as part of a conference at the Bezalel Academy of Art and Design in Jerusalem, building a solar oven on the banks of the Dead Sea. He told Ha’aretz that he was working on a restaurant in Stockholm that would incorporate dance and choreography.

What Lapin Kulta Solar Kitchen’s summer 2011 tour demonstrated is that solar cooking can not only provide sustenance fare, but restaurant-quality food. It’s a technological innovation that holds promise not only for refugee populations in Sudan and Gaza or isolated villages in India, but for everyone.

More innovative and sustainable restaurants can be found in our Restaurant section.

Labels are a start, but don’t tell the whole story. That’s why, no matter what the label says, you need to ask your egg producer these questions and decide for yourself if his practices meet your standards. Read more
You want birds that were raised humanely and you want birds that ate healthful, natural foods to ensure the best quality meat. But don’t be fooled by nice-sounding labels, even ones like “organic.” When it comes to buying poultry, a little homework will ensure your good intentions and extra expenditure don’t go to waste. Read more
There are many reasons to avoid eating meat unless you know how it was produced. Learn what the issues are, how to navigate the confusing world of meat labels and use our checklist to find the best beef, lamb, goat and pork. Read more
Our best tips to help you eat nutritious, local, ethical and organic food for less Read more
The best fruit and veg is local, seasonal and organically grown…but that doesn’t mean it’s going to be sporting an organic label. Read more
20 Mar – Restaurant / Restaurant