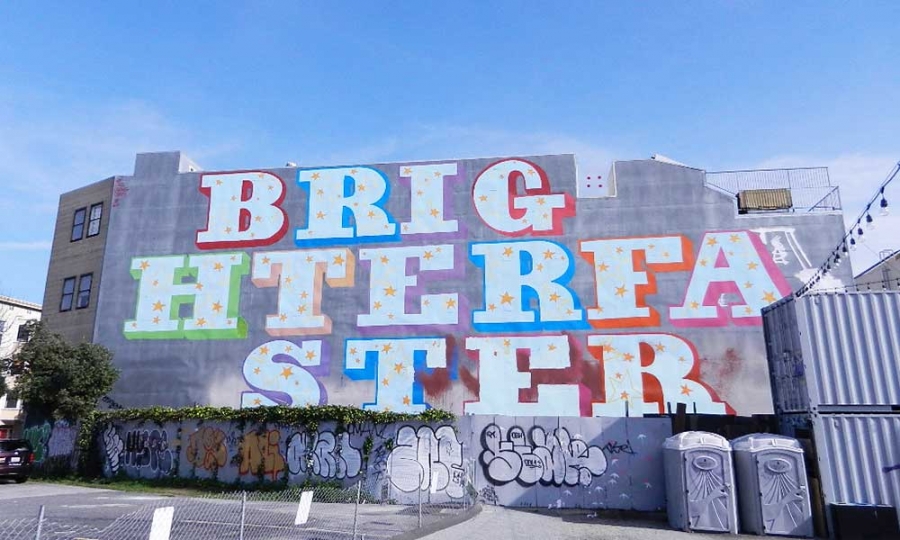 From ice cream made to order to a globe trotting Singaporean kitchen, restaurants made from shipping containers are turning a source of industrial pollution into a source of inspiration.

Aprisa Mexican Cuisine is a small restaurant in Portland, Oregon that operates out of a recycled shipping container—a growing trend for businesses who enjoy the concept of an easily transportable, semi-permanent structure created with minimal cost. Kirk Lance, owner of Aprisa, explained that the origins of his business were not so mobile.

Aprisa used to be situated in a strip mall, which after some time, Kirk found that he could no longer afford the lease.  There is no exit strategy readily available to restaurants who fall into tough times and yet are tied to a lease—restaurants who own their store front are similarly stuck, operating at a loss until they can attract a buyer.

As indicated by its name, Portland is a port city which receives shipments from all over the world.  While the US exports little, it imports heavily, resulting in a graveyard of shipping containers that arrive full but never return to the originating country.  The usual lifespan of a shipping container can be anywhere from 10-20 years—after which it gets scrapped as industrial waste.

No support from the city

While it took very little time to retrofit the shipping container, the permitting process took several years to complete.  Building codes were not created to address the construction of a recycled shipping container restaurant and when Kirk met his first building inspector and explained his idea, the response he received from the inspector was, “Don’t do it.”

“Building permits are supposed to protect people but it really just limits creativity,” noted Kirk.  Despite the struggle, Kirk tackled the bureaucratic process and was able to get his restaurant up to code.  All of that effort did not go to waste. Having succeeded with his first location he now has the benefit of being able to use the same certified plans to build two more prospective restaurants.

The flexibility of impermanence

The limited life of a semi-permanent structure may seem daunting to some but Kirk claimed that he felt excited by it.  A new restaurant has to make a large investment in the business—leaving no financial buffer, which can be very stressful when entering the highly competitive restaurant industry.  Empty store fronts are an all too common sight these days.

If failing restaurants had the ability to pick up their businesses and move to a busier neighborhood or perhaps the next town over where the demand was higher, Kirk commented, they might have a better chance.  Instead of dilapidated buildings being left behind when a restaurant closes, the space left by a mobile restaurant could easily be turned into a park or a garden—which would uplift the neighborhood rather than bring down its value, Kirk proposed.

Improving on underutilized space is something that mobile kitchens like Aprisa can achieve.  In more suburban areas there are many empty lots as well as underused parking lots, space in which a restaurant could easily obtain a lease and establish a business.

Created by Robyn Sue Goldman, Smitten Ice Cream boasts a “new, old-fashioned ice cream.”  Made by a machine Robyn named ‘Kelvin’,  liquid nitrogen is used to make a fantastic home-made style ice cream to order—in just under 60 seconds.  Robyn uses all locally sourced and seasonal ingredients, which are listed on the daily menu next to each flavor of ice cream—letting patrons know exactly what is going into their treat.  No preservatives, no fake coloring: just pure, fresh food. 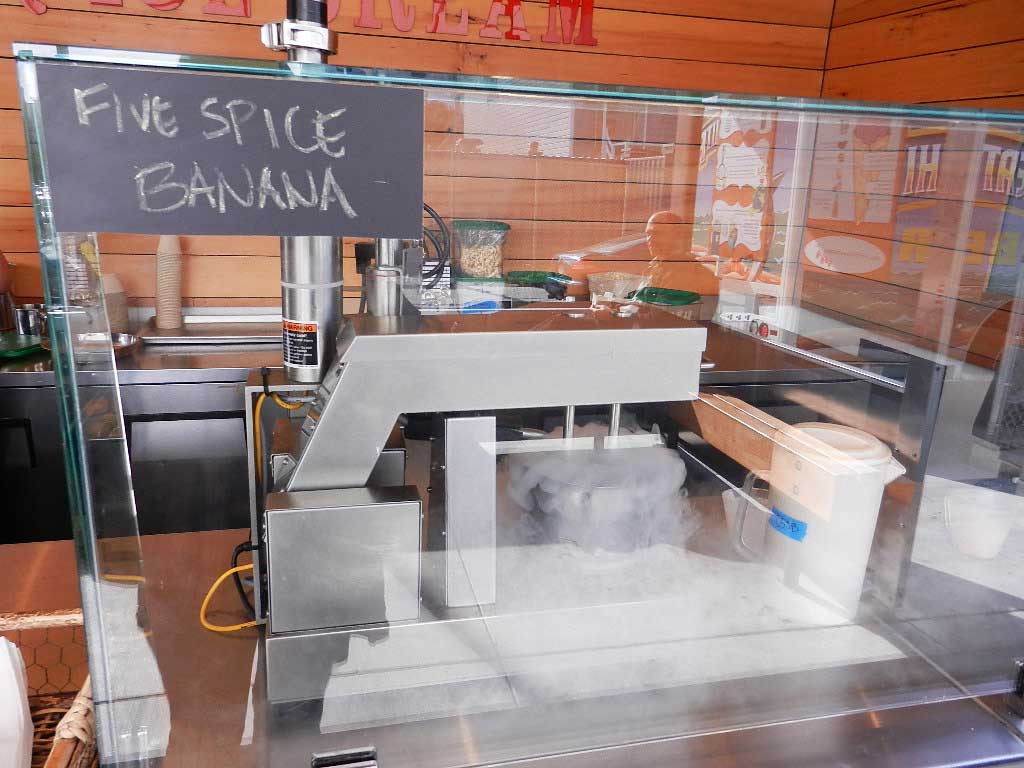 Smitten Ice Cream traces its roots back to 2009,  when Robyn hit the city of San Francisco with Kelvin on the back of a Radio Flyer wagon that sported off-road tires and a portable battery pack to sell mobile ice cream to patrons.

Today Smitten is situated in San Francisco’s Hayes Valley neighborhood as part of the Proxy Project, which has established a set of businesses operating out of recycled shipping containers.  The four businesses currently taking part in the project are Ritual Roasters, Biergarten, Museum Craft Design and Smitten—all situated on formerly vacant lots, once part of a disused freeway off-ramp.

Envisioned as transitioning into a more permanent housing plan in roughly four years, Proxy is both a response and solution to the ever changing urban lifecycle—existing as a temporary placeholder and an instigator of evolving cultural novelties in art, food, retail and events.

MUVBOX is a line of mobile kiosks made from recycled shipping containers which includes mobile kitchens designed individually to each restaurant’s specifications.  What is truly spectacular about MUVBOX is that, in less than a minute, the shipping container unfolds automatically into a restaurant, shop, or other type of business.

MUVBOX was created by Daniel Noiseux, a restauranteur with a background in architecture and graphic design.  According to the MUVBOX website Daniel had the idea for a restaurant that could unfold at the push of a button from the Push Button House, sponsored by Illy Cafe, which unfolded from a box into an apartment in 90 seconds.

The box is solar paneled—to power both the restaurant’s lights and a few other amenities, as well as powering the unfolding and closing-down process.  The first MUVBOX restaurant, called The Lobster Box, opened in Montreal, followed shortly by another MUVBOX opening in Paris underneath the Eiffel Tower.

Currently MUVBOX restaurants use some recycled materials in their construction, as well as offering its customers biodegradable packaging.  However, with every new generation of MUVBOXes Daniel hopes to incorporate an increasingly eco-friendly design.

Read more about sustainable restaurants in our Restaurant section.