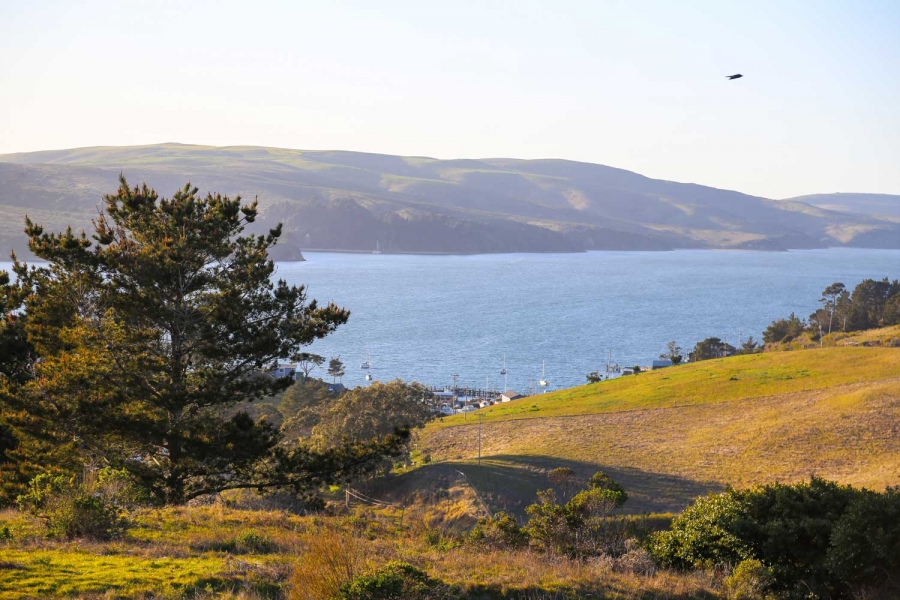 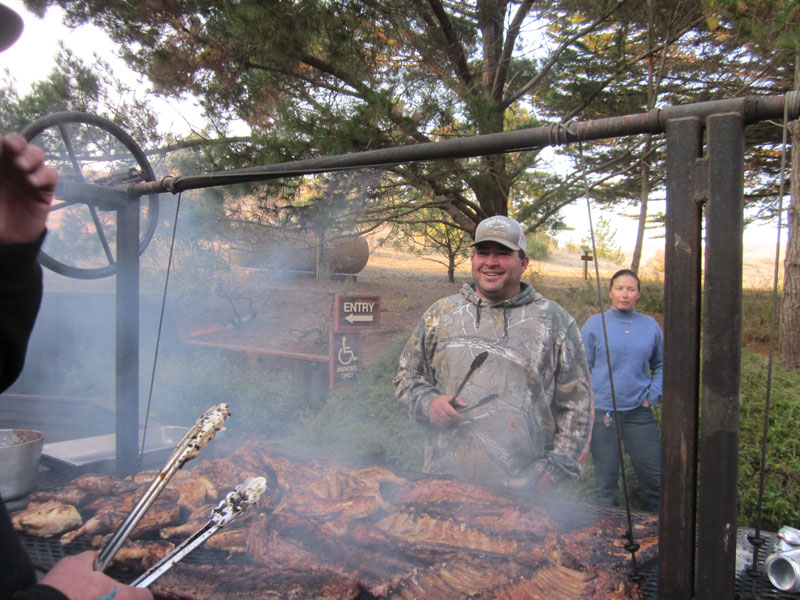 At Marconi Center tonight, where evacuees have been offered free lodging. Tomales Bay Oyster Company (TBOC) and the Marshall Store cooked up a huge feast for the evacuees. They moved their BBQ equipment up to Marconi and served mounds of ribs, BBQ chicken, soups, salad and fruit. Cowgirl Creamery donated boxes of cheese and Greenleaf donated organic vegetables. Employees of Marshall Store and TBOC volunteered their time to cook and serve, and some also bought food and drinks to give to the evacuees. Food was also donated by Straus Family Creamery, Hog Island Oyster Co., and Ken and Kelly, owners of Building Supply Center in Point Reyes Station.

It was a huge feast that ended with a birthday cake. Savannah. a Sonoma teen, celebrated her 16th birthday. When her mother learned that Nadia, another evacuee, was turning 30, she asked the kitchen staff if they could find more candles and make it a birthday cake for two. Nadia’s Santa Rosa home was completely destroyed in the fire.

In spite of their unimaginable hardship, these two women found a way to mark their special day. watch video

The sous chef of Marshall Store, Esteban, plans on independently making enchiladas the next day to bring to the evacuees. Both businesses and individuals are stepping up, not only to feed evacuees, but to let them know they are not alone, that people care and stand with them.

This is not a one time event. Marshall Store will be back cooking for them again and a commitment has been made to continue as long as the evacuees are at Marconi. The coastal communities of West Marin are doing all they can to support their neighbors over the hill at this time of crisis.

Jodi Stevens, of Hog Island Oyster Company, helped coordinate food donations and volunteers. “We’ve had a steady stream of people getting in touch and asking how they could help,” she said. Local businesses took the lead in donating food for evacuee dinners, and local caterers spontaneously showed up with trays of food.

Other West Marin businesses are raising money to help evacuees. The Tap Room, in Inverness, is donating all proceeds from their Thursday night dinner to victims of the fire.

Marconi let people bring their dogs, which was an enormous comfort to pet owners. It was surreal, having an amazing feast, with the sun going down on a perfect West Marin evening, surrounded by families with children, tiny infants, beloved pets—knowing what these people have gone through and what they have yet to deal with.

Maria, a Santa Rosa resident, fled the fire with her husband, a house painter, and their four children. “When we get out of this, someday,” she said, “If Marconi needs to have their buildings painted, my husband and I have been talking about how we could give back for the incredible generosity they’ve shown us.” 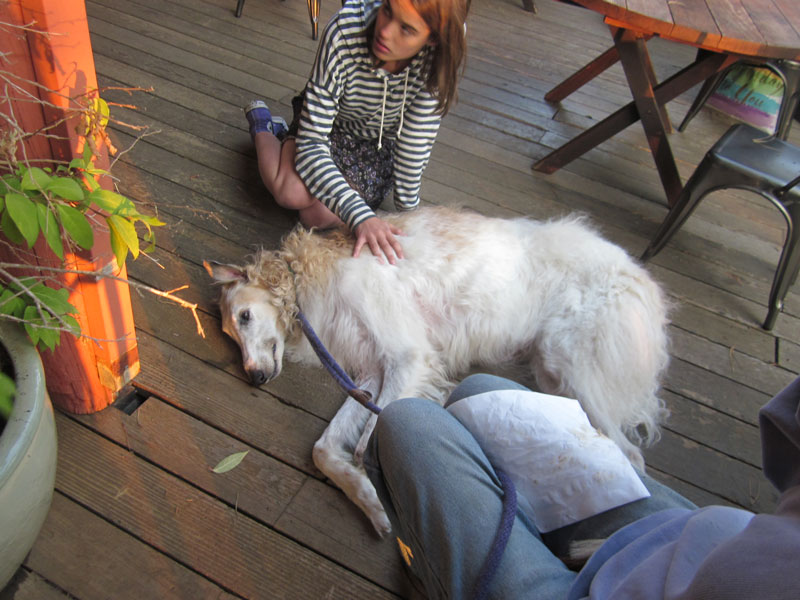 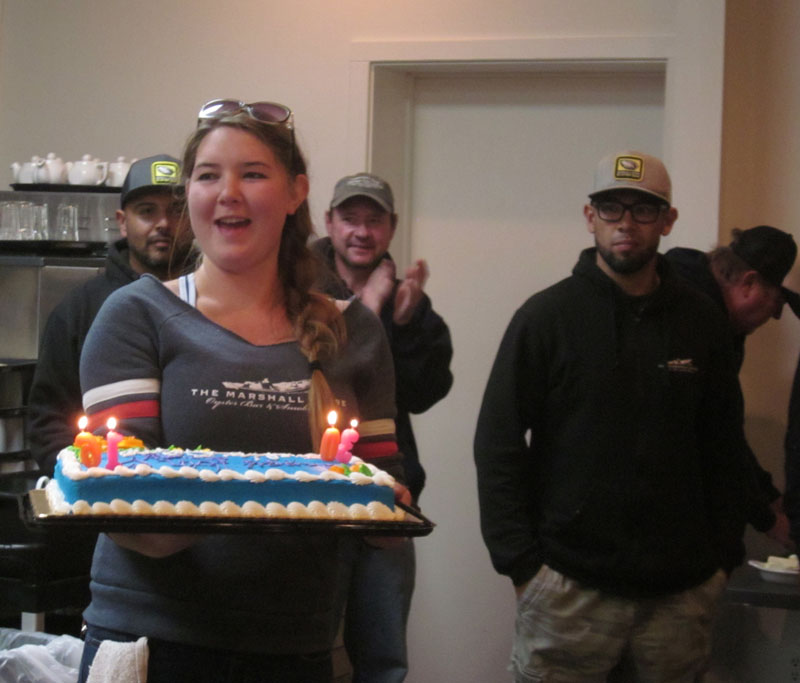 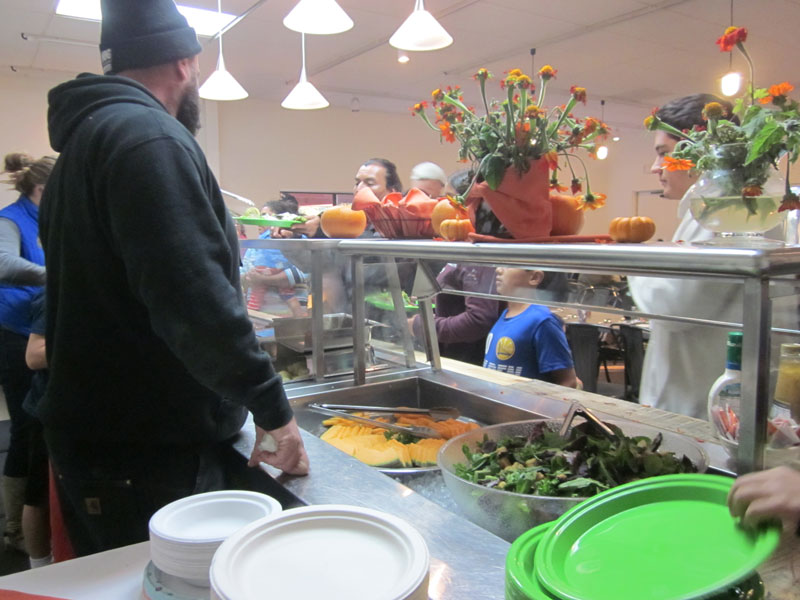 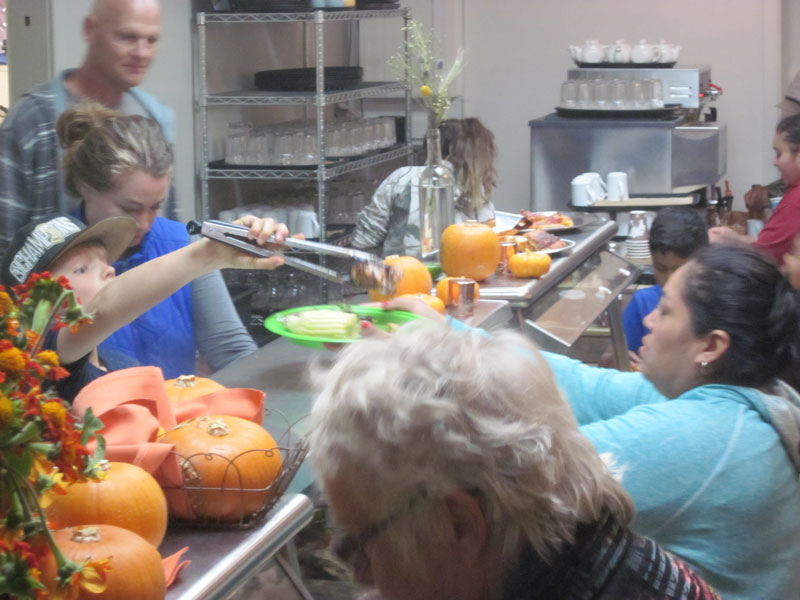 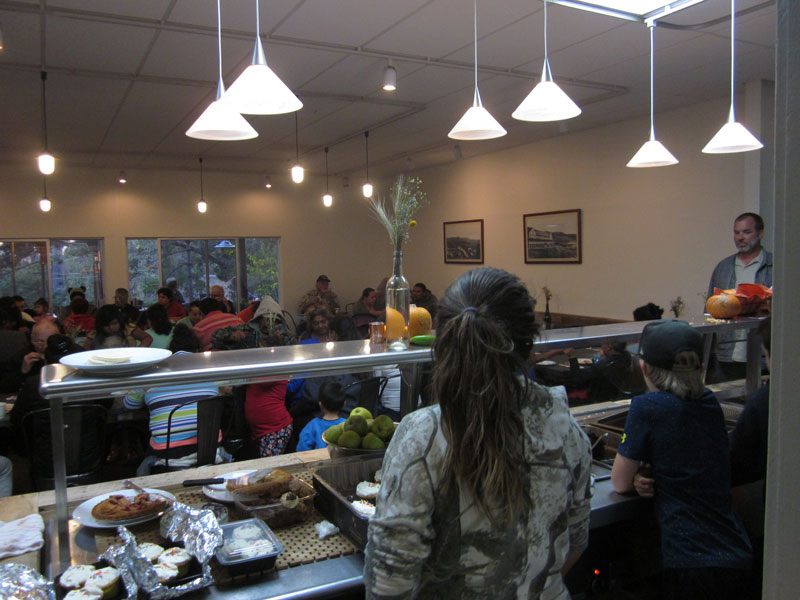 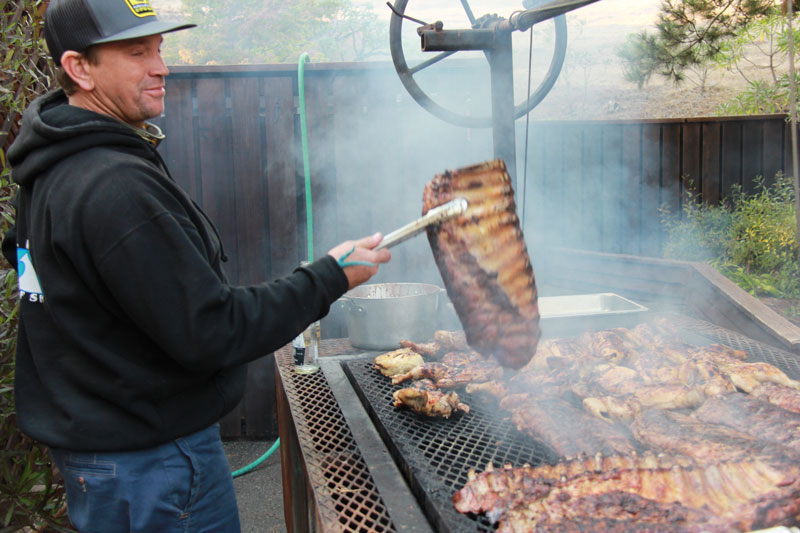 Evacuees in somber mood as the fire crisis in Nap and Sonoma continues to unfold. Marconi Center in Marshall, California, and local West Marin food businesses and volunteers continue their efforts to care for those fleeing to the coast for safety. read more