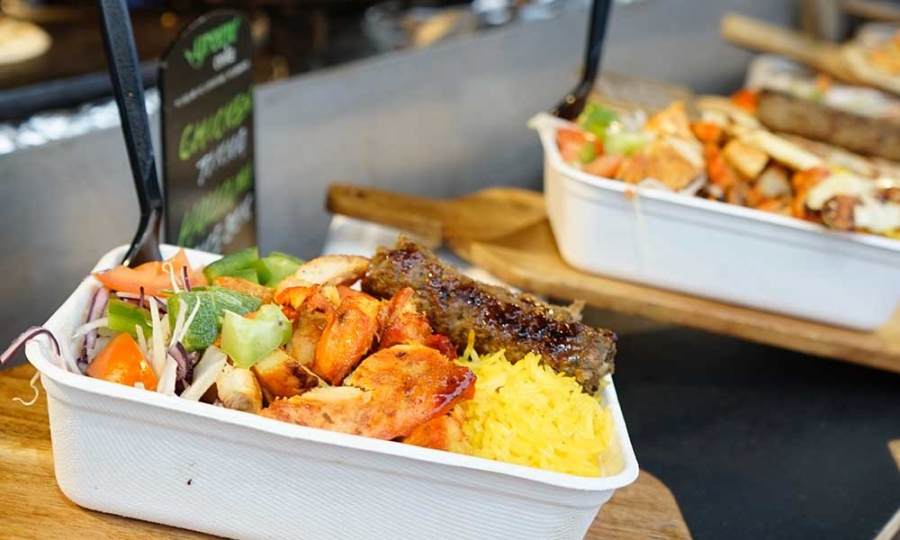 On all sides farmers, produce distributors, and restaurants are coming together around the concept of local, seasonal food.

What restaurants are saying

Ralph Burgin, general manager of San Francisco’s historic landmark restaurant Cliff House, has focused on incorporating local and seasonal food into the menu.  During tomato season he personally provides the restaurant’s tomatoes from his small farm in Sonoma, California, which grows over 1,000 organic tomato plants.  Aside from personal contributions like these, Cliff House also works with distributors who specialize in supplying seasonal produce from local farmers, many of whom Cliff House inspects to ensure their farming practices are aligned with the restaurant’s standards.

I have a great deal of respect for the people who harvest our food.  Once you’ve gone down there and seen it…if you last an hour picking strawberries, I will buy you dinner because it’s unbelievable.

A motivating factor to use local produce was the desire to support local farmers.  Mr Burgin explained the circular nature of the local economy, “The money goes somewhere else if it doesn’t stay within the community.  If I spend the money here within the community then the community has some money and then some of it comes back to me.”

For restaurants that have signature dishes like those at Cliff House, moving to a local and seasonal menu can be challenging.

“It’s impossible to be 100% local, that just doesn’t work, especially going into the winter season now, and we have dishes on the menu that we have to have.  Those are the Cliff House favorites, the sacred cows that we can’t touch and we need to be able to offer them all year round,” explained Mr Burgin.

San Francisco’s The Plant Cafe has found a way around this dilemma.  The Plant Cafe keeps its signature dishes year round, but changes ingredients with the season.  Another solution they’ve come up with is to preserve items such as tomatoes, which in the summer are served freshly sliced in their sandwiches, while in the winter a delicious tomato tapenade is used in its stead.

The obvious advantage of a restaurant such as The Plant Cafe is that it was created from the start with sustainability as a core principle.  The menu was therefore built around these guiding values, whereas older restaurants such as Cliff House have signature dishes woven into the very fabric of their brand that date back decades.

Aside from the difficulties of maintaining a seasonal menu when competing with other restaurants that offer, say, strawberries all season long (90% of strawberry imports in the United States come from Mexico), a more important factor governing a restaurant’s ability to use local and seasonal produce comes down to price.

It’s not always easy for a smaller restaurant to source their ingredients directly from farmers.  A restaurant owner in West Marin, California, confided that some farmers are more willing to sell their bounty to large distributors who can purchase a more sizable amount of their goods.  Some farmers prefer small restaurant owners to buy from them at farmers markets, where they can charge retail price.  And that price can be hard to pass onto to patrons, especially in this economy.

“The bottom line, you know, on a day to day basis, really has to be price,” stated executive chef Kevin Weber.

What farmers are saying

Restaurants like The Plant Cafe, which has been able to source 99% of its produce from organic and local sources, cannot technically be certified organic because not all of the farms they source from have been certified.  The issue lies in the organic certification itself, which requires strict standards for farming practices but also forces farmers to engage in elaborate record keeping.  For many small farmers the burden of paperwork, plus the hefty fees for certification, make organic certification an unattractive option.

If a local farm is not certified, how do restaurants with high standards evaluate their suitability?   Restaurants like the Plant Cafe and farms like Oak Hill Farm in Sonoma, have found a way around this problem by building a direct relationship.

“We’ve chosen not to be certified.  We could.  Everything we do could easily get certified but it’s a lot of paperwork for me, a lot of record keeping.  Everything has to be documented and I just don’t have much desire to do that, so I don’t.”

David prefers a personal relationship with restaurants, based on transparency, “Come on a tour, come see what we’re doing.  I’ll show you.  Ask me any questions…We pretty much just farm, compost, cover crops and then feed our soil…the plants do just fine.”

Mr Cooper went on to comment on the reasons why Oak Hill decided not to work through a distributor. “I prefer this direct relationship mainly because…I can meet the people, I know who is buying it, I know where that product is going.”

Direct relationships like those that Plant Cafe and Oak Hill Farm have cultivated play an important role in promoting transparency, and have allowed both to move a step beyond basing their relationship solely on an organic certification.

What distributors are saying

Green Leaf is a distributor that supplies over 600 restaurants, hotels, and caterers in California with local and sustainable produce.  Through distributors like Green Leaf, getting sustainable food from local producers into restaurants is made easy and efficient.

We take good care of what the people love and grow and get it to the people who really want it, who need that to make a difference in an extremely competitive environment.

Andy Powning, a produce specialist who has worked with Green Leaf for over 30 years, offered an example of David Retsky from County Line Harvest, whose business was suffering due to the multitude of tasks he had to take on.  Mr Retsky had to be a farmer, salesman, and delivery driver, making deliveries from large scale to $30-$60 orders.  In the first year that Mr Retsky handed over sales and delivery to Green Leaf he saved $10,000 in fuel and was able to focus his attention back to the quality of his product.

Distributors like Green Leaf work to reduce the hassle for both farmers and restaurants.  There are many favorable aspects of a farm-direct relationship with restaurants but there are also challenges.

“First of all, if you’re working with five growers you’re placing five phone calls and getting five deliveries, usually which are fairly small, on trucks that get 7-8 miles per gallon.  You’re taking the time to receive five deliveries.  You’re having to write five checks and keep track of those accounts, and if they don’t have something there’s really no recourse,” explains Mr Powning.

In a busy and fast paced restaurant industry, working with seasonal produce and local farmers can be a difficult task for chefs who already have enough on their plate, so to speak.

Mr Powning also acknowledged that price has a significant influence over whether restaurants have the ability to incorporate seasonal and local foods into their budget.  He elaborated on one way he worked around this problem with a farmer who grew unparalleled organic basil, but at a higher price.

Distributors can also influence the agricultural practices of small local farmers.  In order to work with Green Leaf, farms must meet or exceed the standards set by the distributor. “We have cajoled them along.  Everyone we buy from has a strong food safety program and use good GAPs (good agricultural practices) and must be certified,” explained Mr Powning.

“That seems daunting for a lot of growers because a lot of them are smaller and it’s just a challenge to think about testing water, training their staff. Simple things: washing their hands, making sure the local packing area meets certain criteria.  But we’ve helped them, we’ve got them lined up with the person we work with, our consultant, and for many of them we helped fund the cost of the initial set up.”

Certainly working through farm-direct relationships—or through a distributor whose business is to make and maintain those relationships and standards—both have their merits in an industry steadily moving towards local, seasonal food.

Read more about eating locally and seasonally in our featured article Eating Local: Diners Weigh The Cost  or How to Eat More Local Foods in Season in our column section.

More from Ethical Foods on how to choose food

If you’re not ready to eat insects whole, try baking with cricket flour Sustainable Food | Clean Eating | Alternative Protein A stroll down your… Read more
Beyond nutritional content and animal welfare, you should also be aware of what happens to your eggs between the hen house and the marketplace. Read more
Known as “honey laundering,” one of the most pervasive international food scandals of our time is centered on illegal honey trading. Chinese honey tainted with… Read more
Over the past 50 years the answer to a simple question—where does milk come from?—has changed. We look at where most milk comes from, and… Read more
A closer look at what’s in the jar The Alternative Health Journal studied over 100 baby foods and found that many contain ingredients that are… Read more
Buying organic, local and sustainably raised food can wreck your grocery budget. Joining a Community Supported Agriculture scheme can help keep costs down, while providing… Read more

The next time you run low on fruits and veggies, instead of driving to the grocery store, how about taking the kids on a trip… Read more
Last year, the United Kingdom saw two opposite ends of the weather spectrum—drought and flooding—causing millions of pounds in property and crop damage. Learn how… Read more
Americans are still bearing the financial burden of the drought which devastated crops in 2012. Unfortunately, we have only begun to see the real effects… Read more
Bringing food back to Denver neighborhoods marked by the EPA as hazardous waste areas. In just two years, The GrowHaus, a 20,000-square-foot Denver greenhouse and… Read more
17 Feb – Restaurant / Local Food / Restaurant / Seafood