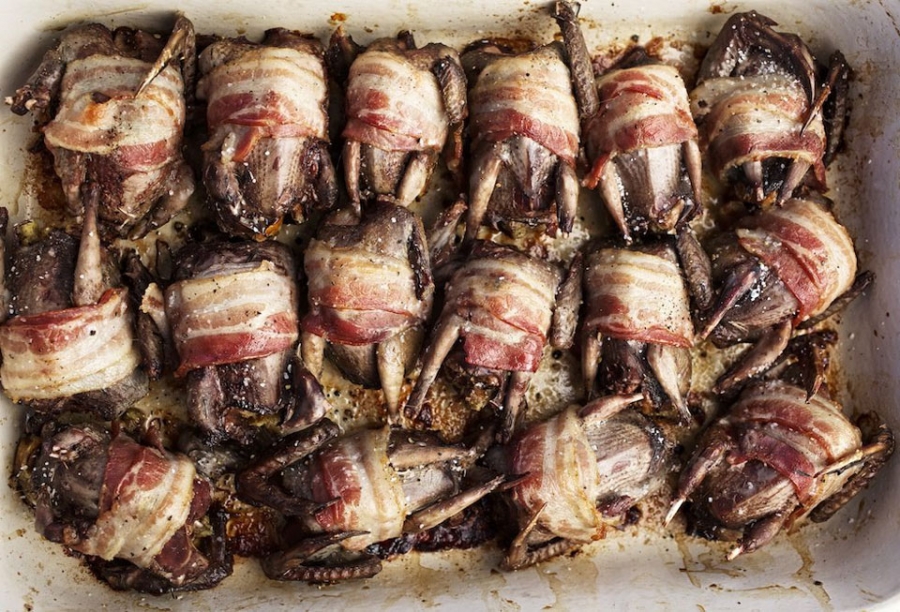 Dai Due offers inspired, hand crafted winter holiday fare, wrought with the bountiful produce and meats from the farms of Central Texas.

Dai Due, based in Austin, Texas, has a lot of figurative irons in the fire. They’re a farmer’s market stand. They’re an educational organization. They’re a butcher shop. And sometimes, they’re a supper club.

The Dai Due Supper Club has no fixed location; rather, it wanders around the Austin area visiting farms, catering houses and other venues. Multi-course dinners are arranged around a theme, often held al fresco and always at communal tables. Diners bring their own beer and wine while the supper club offers filtered water, coffee, herbal tea and a complimentary cocktail upon arrival.

But Dai Due isn’t just any supper club. Dai Due proprietors Jesse Griffiths and Tamara Mayfield have made a commitment to use Dai Due dinners to showcase local organic and sustainable products from Central Texas farms. Vegetables and fruit are sourced from within Travis County “or as close to Travis County as possible,” they say. “We do not use any vegetables from afar. Ever.” Meats are raised on local ranches, pastured and antibiotic and hormone-free. Seafood comes from the Gulf of Mexico and is often “bycatch,” the kind of fish that are otherwise discarded in favor of other, more profitable species. Dai Due menus also offer local honey, local olive oil, local raw-milk cheeses and even local charcoal and fruitwoods for grilling.

Dai Due began in 2006. Chef and co-founder Jesse Griffiths is a Texas native, having grown up in the town of Denton. He met his wife Tamara Mayfield in the kitchen of local Austin restaurant Vespaio, where they were both working at the time. After marrying and spending a ten-week honeymoon learning artisan foodways in places scattered across Europe, they came home and opened Dai Due.

The business gets its name from the Italian expression “Dai due regni di natura, piglia il cibo con misura.” Translated, it means “from the two kingdoms of nature, choose food with care.”

Dai Due’s holiday menu has not been finalized—in fact, event menus are often finalized only on the day of the dinner—but Griffiths and Mayfield promise to feature some much loved signature dishes. Mincemeat “made with virtually every fruit that grows in central Texas over the course of the year” will make an appearance, as will preserved Meyer lemons. The menu is likely also to feature specialty sausage and charcuterie incorporating goose, wild boar or duck. Previous winter menus have featured wild game, sweetbread terrine and porchetta roast. “Finally,” Griffiths and Mayfield say,” we always have some sort of winter pickle—cauliflower, beet, etc.”

Wild and foraged foods are a particular preoccupation of Dai Due. Co-proprietor Jesse Griffiths is also the author of Afield: A Chef’s Guide to Preparing and Cooking Wild Game and Fish

. “I’d really like to normalize hunting for men and women. It seems that in this country, hunting is much more associated with gun culture than food culture, and I’d like to change that,” Griffith told the Austin Chronicle. The organization also offers regular classes and camps on hunting, including one for women only.

Prix fixe dinners cost between $55 and $100 and advance reservations are essential—Dai Due events regularly sell out. Dinners last about 3 to 4 hours and involve between 30 to 80 guests, depending on the venue space. If you can’t get a spot at the table, Dai Due’s butcher shop also offers a range of seasonal ready-to-eat items. Look for stuffed quail, a turkey brine kit and duck tamales as possibilities.