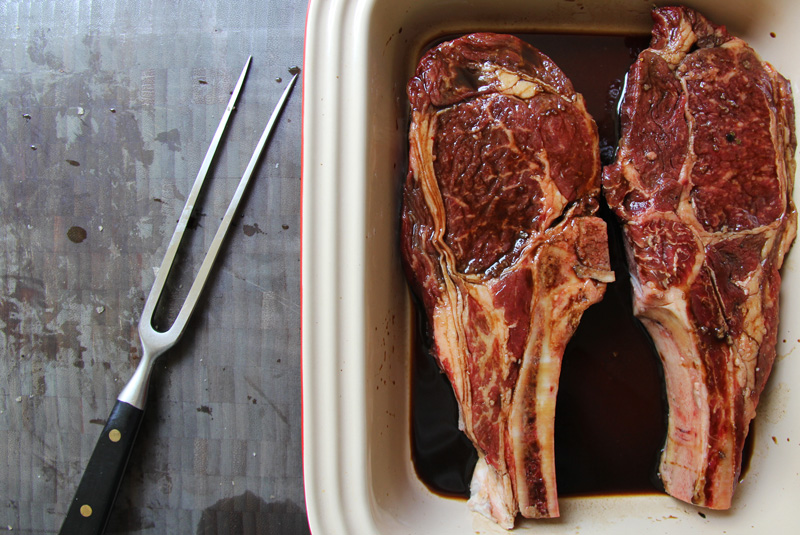 Here’s what you need to know about the natural label.

What is natural meat?

When you think of the word natural, what comes to mind?  To me, natural means something is as it would be found in nature—or something coming from a real, unprocessed source.  When applied to meat products, many think this label certifies that the product comes from animals that have led a life in which they were able to express their natural behaviors within an environment best suited for their health and wellbeing.  The USDA, however, defines natural in the labeling of meat products in a very different way. Strictly speaking, the USDA defines meat labeled natural as meat that has no artificial ingredients added to it and is minimally processed. These requirements speak only to how the meat is handled after slaughter, and do not address drug treatment, types of feed used, or the environment in which an animal is raised.  If you are buying natural meat without knowing something about the practices of the farmer who produced it, you may be buying factory farmed meat that simply has had nothing added to it after slaughter. Despite the fact that natural meat has a very low minimum standard, the label is used in a variety of different ways by meat producers.  Some use the term to indicate that their animals have never been treated with antibiotics and growth hormones, while others who practice the highest standard of animal welfare use it in lieu of getting certified organic. The most misleading use of this label is employed by large agribusinesses which use it alongside positive images—such as a pastured chicken with a red barn in the background or a cow on a pasture—to promote the idea to consumers that the animal has led a humane, pasture-based life—similar to one it might live in nature. In reality, these companies source from factory farms who subject their animals to unsanitary and inhumane living conditions, whilst using the natural label at only its most literal legal definition—no artificial additives or excessive processing. Because there is so much variety in the label’s usage, it can be very difficult for consumers to determine what exactly is meant by natural meat.

What is Organic meat?

Organic meat producers must adhere to stricter standards and in-depth documentation that records everything—including the breed history of each animal, veterinary care, and the type of feed given to the animals. Organic producers are prohibited from using antibiotics and growth hormones, feed that has been grown with chemical pesticides and fertilizers, and are required to provide ruminants (cows, sheep and goats) with access to pasture during at least 120 days out of the year. While buying certified organic meat is definitely better than the factory farmed options, similar to the natural label, farmers can apply the organic label in a variety of ways.  Organic can mean the meat is raised to the highest standards of health and welfare by a farmer using the best ecological practices—but it can also hail from a commodity organic farm that does the bare minimum to gain entry into the lucrative organic market. The key to understanding what is meant by organic or natural labeling, as always, is to know your producers.  Labels alone will not tell you all you need to know about this very important subject.  Most local and regional producers who are passionate about raising meat to the highest standards are happy to provide you with all the information you need.  They usually put comprehensive information on their websites about every aspect of their operation.

How three farmers use the natural label

By doing your research, you can find out which local suppliers offer natural meat that has been raised to high standards.  Here are three best-case examples.

Prather Ranch, one of the most audited and certified sustainable meat producers in the US, raises both natural and organic cattle.  Both herds are pasture-raised on their 40,000 acre ranch, grazing on CCOF certified organic grass and finished with a diet of rice, barley, and hay—never corn. “The only difference between the natural and the organic [speaking of the Prather herds] is that their feed may have had a fertilizer used at some point—and that’s about all.  And that’s just in the last 90-120 days that it takes to fatten the animal,” stated Mary Rickert of Prather Ranch. The medical treatment for both organic and natural cows at Prather Ranch are fairly similar.  Both are vaccinated to prevent disease, challenging a common misconception amongst consumers that organic beef cattle do not receive vaccinations. According to organic regulations however, farmers are prohibited from treating their cattle with antibiotics.  Generally, if a cow were to get an infection that required antibiotic treatment, organic meat producers would treat her and then sell her into the industrial farm system, as they are unable to sell her meat under their own organic label.  The benefit of running an operation like Prather Ranch is that if a cow requires medical treatment of antibiotics, she can be treated and then released into the natural herd, saving her from being shifted to a factory farm.

Niman Ranch supplies natural meat across the United States by sourcing from small farms which commit to Niman Ranch animal health and welfare requirements.  For Niman Ranch, the term natural is used to mean a level of animal care that far exceeds the USDA’s label requirements. “It means each animal was raised on 100% vegetarian feed and was never given antibiotics or growth hormones. Equally important, we believe that for meat to be called Natural it must come from animals that were given a life that allowed them to engage in natural behaviors.” Niman Ranch has decided against being certified organic due to the problems associated with sourcing organic grain.  Currently there is a shortage of organic grain in the US making it expensive—which Niman Ranch states would raise the cost of their meat up to 50%.  Niman Ranch also believes the use of organic grain is unsustainable, as it is increasingly imported from overseas. Editor’s Note: Niman Ranch has been taken over by Natural Food Holdings, LLC, and Bill Niman is no longer involved in this brand.  Bill and his wife, Nicolette, run BN Ranch, which does offer beef and other pasture raised meats for sale.  There has been some controversy over the takeover of the Niman Ranch label.  Bill Niman told SF Gate, “he can live with losing the business he built from scratch. But he can’t stand quietly by, he says, while the new owners fundamentally change the brand that influenced an entire food movement. He refuses to eat their products.” BiRite Market in San Francisco sells BN Ranch meats.

Brambleberry Permaculture Farm is a non-certified organic permaculture farm which is constructed in such a way that plants, animals, and insects are incorporated into a method of food cultivation which mimics what one would find in nature.  On the farm, rotational mob grazing is used throughout pastures which both reduces weed growth and fertilizes the soil.  A variety of animals are allowed to graze throughout the farm, taking the place of invasive machines and extensive external inputs such as mulches and fertilizers. Read our interview with Brambleberry farm In the autumn of 2013, Brambleberry Farm is looking to sell 100% grass-fed, natural beef. To farmer and owner of Brambleberry Farm, Darren Bender-Beauregard, natural beef means that no synthetic medications—such as wormers, antibiotics or vaccinations—are given to his cattle destined to be sold for meat consumption.  Natural also means that the grass his cattle feed on is never treated with synthetic herbicides. On the topic of promoting his beef as natural, Darren commented that grass-feeding is a more important standard for him personally. “We are also prioritizing 100% grass-fed, and I personally feel that this is way more important than the natural protocol in terms of both environmental impact and in the health of those who eat our beef.  At this point, we are not planning on pursuing becoming certified grass-fed, though we may explore that if we see our markets demanding it. “But to summarize, I would much rather eat beef that was mostly grass-fed and maybe had a vaccination or a short dose of antibiotics (to overcome, say, an infection stemming from castration) than a strictly natural beef that had significant amounts of grain in its diet, even if that grain was GMO free or organic.”