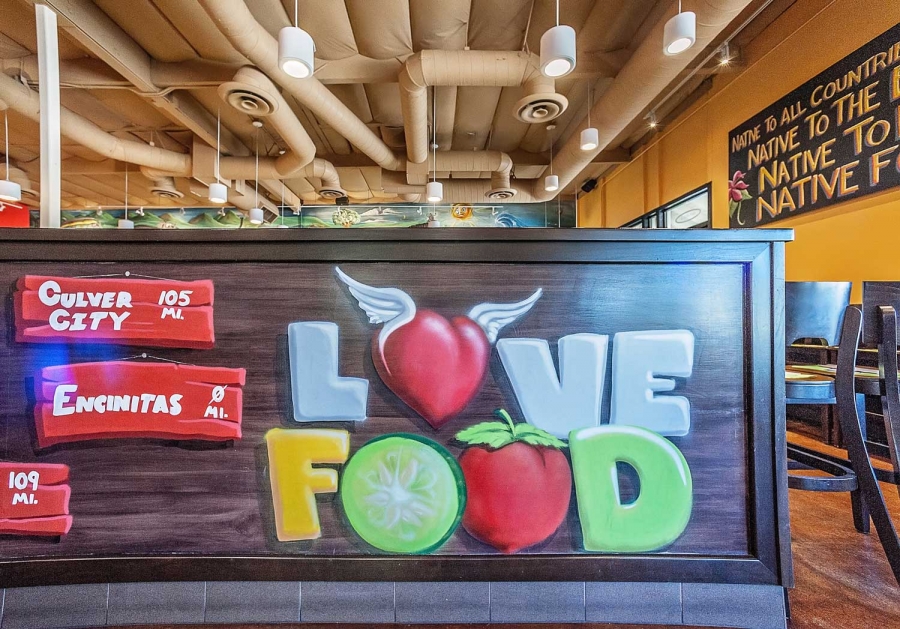 It wasn’t long ago that eating vegan was a difficult thing to commit to, and eating out was nearly impossible.  The past few years have seen interest in plant based eating on the rise in the United States, and with it a flourishing of vegan cuisine.  Whether you’re baking up a batch of vegan brownies or going out to get a bite with friends, it’s easier than ever to find well-conceived, clearly labelled vegan options.

But what accounts for this upsurge in vegan eating, when only around 2.5% of the country identifies as vegan? Vegan restaurants and food producers benefit from a considerable crossover market — people who don’t eat vegan as a rule, but choose vegan foods for many reasons. Among non-vegans who make up the market for vegan foods are flexitarians, who are reducing animal products in their diets; people who have allergies to certain animal products such as dairy or eggs; vegetarians who occasionally eat vegan and omni-eaters who sometimes don’t even know the food they prefer is vegan.  There are many vegan sweets that omni-eaters enjoy without choosing them specifically for their vegan credentials.

Ethical Foods spoke with Kelly Behr of Native Foods Café, a chain of vegan fast casual restaurants that started in Palm Springs and has since expanded into cities such as Chicago, Los Angeles and Washington D.C.

Things have changed a great deal in the past five years when it comes to the availability and variety of vegan foods. Even though veganism is growing in popularity, it doesn’t seem to correlate. Are most of your customers vegan?  If not, why are more non-vegans opting for vegan foods?

“Most of our customers are not vegan. But our guests are just opting for more healthy items that are more sustainable for their body. I think people are really concerned with where their food is coming from and knowing that Native Foods is all plant based, they don’t have to question it.

“We do attract a large vegan population but the vegan population in general is just a small population, so just by default we attract all kinds of people that are interested in a new way of eating. I honestly think it starts with the vegans – they bring their friends in, their friends really like it – or people stumble in not even knowing that it’s plant-based. Our staff is very friendly, they walk them through the menu and the guest ends up trying something and really liking it. It kind of changes the way they look at plant-based food in general.”

The term “vegan” carries baggage, whereas “plant-based” does not.  Why do you think that is?  Do you think switching terms will make it easier for more people to embrace eating vegan?

“I do. I think vegan comes with a lifestyle component, that if you’re vegan you have to change everything in your life from how you eat, how you think, how you dress, the things you believe in, what organizations you’re a part of.

“Plant-based is basically just a healthy option of eating. You can have a plant-based meal and then have a non-vegan meal some other time, but I think it’s people that are more focused on putting good food in their body. It’s not necessarily a diet fad. It’s people that are conscious eaters. ‘Vegan’ from the beginning has always been about eating, breathing, and living vegan, and not just about eating a vegan diet. Plant-based just talks about the food.”

What percentage of your food is made from scratch, and why is that important to customers?

“Most of our items are made-from-scratch. We make seitan and tempeh from-scratch every day. Our menu started from a place where it was all chef-crafted and we’ve continued that tradition even as we grow. The tradition of making our proteins in house, our sauces in house, our desserts in house, staying true to the original chef-crafted way that we’ve always made our food. Our food is fresh and it’s notable. It’s a differentiator. It’s not pre-packaged stuff. It’s dishes and ingredients that the kitchen is making for you every single day.”

You have restaurants in very cold climate locations, such as Chicago and Washington DC.  Does your menu change with the season? Do you source locally? If so, what are some cold weather dishes on your menu this winter that reflect what is available locally in those climates?

“Currently our menu is the same in all of our states. It does change seasonally but not throughout the different regions. We do embrace the fall vegetables when it comes to the winter. We’ve put our Soul Bowl back on, which is a heartier dish with red kidney beans and the Native Chicken and steamed veggies. That’s very popular. We’ve also put on our Butternut Squash Polenta Bites. Butternut squash is definitely a fall/winter vegetable. As the seasons change, one of our most popular desserts is the Strawberry Shortcake Parfait and we have to source that when strawberries are at their ripest so we can get the best dessert. So we keep that on the menu all summer, it’s one of our most popular desserts. I’m sure it would be a best seller if we had it all year round, but those kind of menu items, it’s just not plausible to have that seasonal produce all year. We do have to make changes to the dishes we’re serving.”

You turn your spent kitchen grease into hand soap for your patrons to use in the washroom. What other efforts have you made to create and run a sustainable restaurant chain?

What is the most gratifying part of your work?

“For me, it’s being able to expose guests to a new way of eating that they might not have thought of before. I love that we have such a strong vegan following and that’s a really great community and they’ve embraced Native Foods from the beginning. But when you see somebody that’s never really had a plant-based meal and they come in and are really impressed by a Meatball Sub or Reuben Sandwich — that not only tastes good but that doesn’t leave them hungry afterwards. That’s always been a misconception with vegan food — that you’re going to eat this little chintzy salad and then you’re going to have to go get your real food in an hour or two, or you’re going to pay a high price for a very small portion. We’ve made it very affordable and also very approachable. People who are not vegan can come in and embrace the experience. So it’s great when I get to introduce somebody who’s never had the food before and I’ve created somebody else that’s eaten a plant-based meal that day.”

Your menu features a lot of faux meat, or plants processed to look and taste like chicken, fish and beef.  Is this for vegans who long for bacon cheese burgers?  How about vegans who are turned off by even the approximation of meat in their food? Do you offer dishes that don’t include meat or dairy substitutions?

“I think our menu has been about being approachable for everyone. There’s something on it for everyone. We do have a lot of proteins, but I don’t really like the term fake meat because, yes, we can flavor the seitan to mimic meat and be more approachable, but seitan and tempeh have been around for years and years. It’s not just a new substitute that was concocted in some lab because all of a sudden people wanted to eat things that tasted like meat. They’ve been around forever. So we have to embrace those proteins as just a different way of looking at food and eating that allows you to get your protein in new ways. With meat eaters it is about that familiar flavor, those sauces on it that kind of mimics what they’re used to eating. For some vegans they mimic dishes they miss eating. Some of my friends’ favorite things at Native Foods are the Chicken Run Ranch Burger, the Oklahoma Bacon Cheeseburger because they’re not eating that kind of food all the time, but when they do, they love to be reminded of their childhood or what they grew up eating.

“We also have a lot of salads, we have a lot of bowls where you can take off the protein. We have a tofu protein, we have an all veggie sandwich. We do have both, but from what we’ve experienced, most people want some sort of protein to get a full sustainable meal.”

A lot of vegan food contains nuts, soy and gluten.  Is there hope for a vegan who is intolerant or sensitive to some or all of these ingredients?

“Soy would be a tough one for us. A lot of our items do have soy in them. Our chicken and tempeh, a lot of our sauces also contain some soy. With gluten we have made efforts to always have a gluten free item in every category whether it’s a handheld, a bowl, a dessert. We have looked at some gluten free breads. We haven’t gone in that direction yet because we haven’t found one that tastes up to our standards and that we could source to all of our restaurants. As we continue to grow we always are looking for new options. But we do have soy free, nut free, and gluten free menus available on our website and in our stores.”

What is the future of plant-based eating in America?  What do you think will change in the next five years? What changes do you feel would make switching to a vegan diet easier for more people?

“I think it’s going to become easier as more people know about it and are aware of it. It has to change. The way America eats is not sustainable for the planet. We can’t continue to do this. Being on the forefront of something that is showing people that this way of life doesn’t entail giving up something, but rather is changing some of the decisions you’re making on a daily basis. If people cut down or cut back on some of the animal products and embrace a more plant-based lifestyle, it’s going to help everyone in the long run. I think companies right now are jumping on it. the retail industry is booming out of control. You can go to not only your Whole Foods but your Target as well. Target is carrying their own private label meat substitutes right now and vegan options. When you get big retailers on that, you know you’re really on to something.”

What are some of your favorite vegan resources?

in terms of cookbooks. Her recipes are really simple and tasty. When I make vegan food for my family that’s not vegan, she offers a lot of familiar flavors. My favorite products are Hilary’s Eat Well

veggie burgers. They’re soy free, gluten free, you can get them anywhere right now. Another brand is Sweet Earth

which has a lot of varieties of vegan burritos, also at Target.”

Visit the Native Foods website.
Get inspired with these popular vegan cookbooks