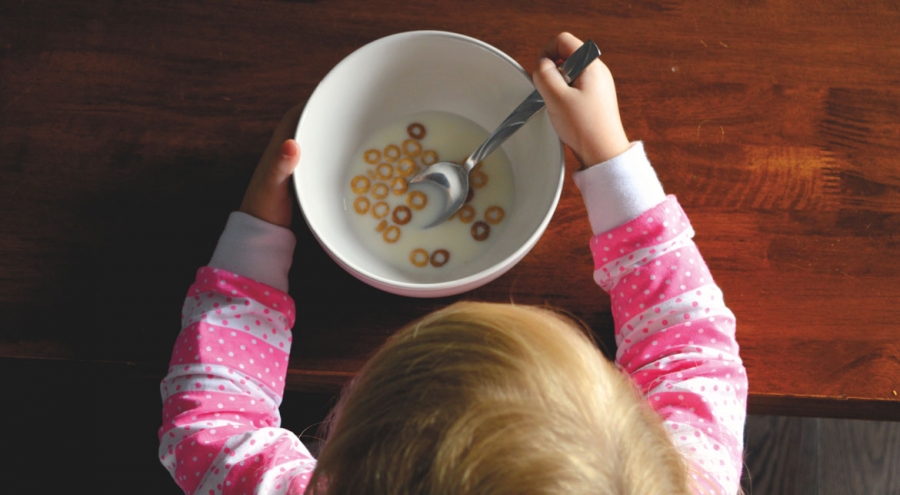 We’ve grown accustomed to fresh milk year round, but at a cost. There are welfare, health and environmental consequences of turning milk into an industrial product.

We have become accustomed to treating milk as a product that is “on-tap.” When we go to a supermarket, we expect to buy it, irrespective of the time of year, and we expect it to be cheap, because we’ve come to regard it as a staple commodity.

We can only do this because of the industrial processes which have been applied to milk production. What has been lost is the fact that milk is essentially a seasonal product. The creation of cheese, for instance, was a traditional way of preserving milk so people could eat it when there was no fresh milk.

The amount of milk cows can produce when allowed to graze freely depends on how much grass they have access to, which changes throughout the year. And a cow needs to give birth every year in order to continue producing milk.  Like all animal mothers, cows need to take a break from producing milk in order to replenish their bodies.

These fluctuations were “solved” in CAFOs as they simply removed the animals from their natural environment and the processes which governed them. In a CAFO cows have access to a constant diet of grain and soybeans via a mechanized feeding system. For a pasture-based farm, however, where the animals still primarily live off the land, the demand for year round milk creates a challenge.

Cows are designed to eat one thing: grass.  And raising dairy cows on pasture is the healthiest, most natural form of dairy farming.  However, most pasture-based dairy farms have to make some practical compromises in order to keep cows producing milk all year. There are only a limited number of areas where the geography and climate can sustain 100% grass-fed dairies. Producing milk for any animal is demanding and requires plenty of nutrition.  Most pasture-based dairy farmers, therefore, have to add grain to their animals’ diet. This is done to provide them with the additional nutrients required to produce milk throughout the year.

This comes at a cost however—literally. Organic dairies are required to use certified organic grain, which is substantially more expensive than the low-quality feeds used in conventional dairies. With stocks of organic grain particularly low in the United States, these costs continue to rise, sometimes causing huge price fluctuations at the supermarket.

Farmers are increasingly having to transport the grain from hundreds, if not thousands of miles away, which also adds to transport costs—not to mention the environmental impact of extra carbon emissions. These costs threaten to push the price of organic milk—pasture-raised or otherwise—out of the reach of many families. It also moves the production process further away from the ideal of a locally produced and sustainable product.

The required use of organic grain to sustain constant milk production is an unsustainable practice.

Milk is a seasonal product

People drink milk because they think it is a wholesome natural product—however, conventional milk is the result of a highly mechanized industrial process.

Read : Where Does Milk Come From

What if all cows were raised on pasture and 100% grass-fed?

Is the solution to take away all the CAFOs and raise all cows on pasture?  Certainly not.  It takes acres of pasture to sustain just one cow.  If we took all the cows in just the United States and raised them on pasture, a large portion of the country would need to be converted to pasture.  Large, irreplaceable swathes of the Amazon rainforest are currently being converted to pasture for grass-fed cows.

There seems to be no easy way out.  Ultimately two things need to happen. First, expectations of having unlimited supplies of wholesome, organic, pasture-raised milk throughout the year should be adjusted to the biophysical reality of how and when milk is naturally available.

Secondly, we should acknowledge that milk can only be as healthy and nutritious as the cow who produced it.  Human mothers are urged not to drink, take drugs and smoke while breastfeeding; one wonders why we regularly consume the milk of an animal who has ingested and been exposed to worse.

Crowding cows in barren environments, pumping them full of chemicals, drugs and foods they were never meant to eat and pushing them to increase milk production via hormones: is the milk that is the result of this process in the same category as milk produced from cows grazing comfortably in organic pastures without unnecessary pharmaceutical intervention and chemical exposure? When these two are no longer equated, then the price differential no longer applies.

Locating local, unprocessed, organic and pasture-raised sources are a must for those who are health conscious and ecologically aware.  It is expensive, but opting to consume less of a high quality product, and accepting that it may be unavailable at times, is a rubric by which we make many other similar decisions.