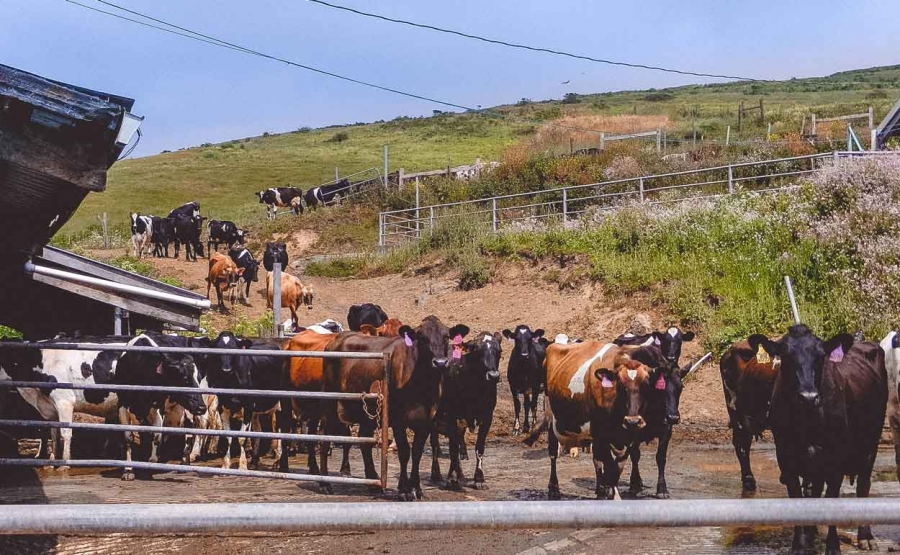 Where cows gather in numbers you’ll find the two ugly M’s—methane and manure.  Forward looking dairies are tackling these issues in some interesting ways.

The environmental damage caused by waste from the dairy industry has been highlighted as a problem. This is because cows produce a lot of waste. In fact, much of the animal’s waking life is spent consuming food and expelling it in the form of manure and methane emissions. A single dairy cow can generate as much as 120lbs (54kg) of waste each day; that’s 40,000lbs (18,143kg) every year. When you have large concentrations of animals, this adds up to a significant amount of waste emissions; particularly methane. A study in 2009 by the United States Environmental Protection Agency (EPA) found that manure from animal feeding operations was the fifth largest producer of methane in the US. As one of the gases associated with global warming, this has serious environmental implications.

Turning methane into electricity, and lots of it

Methane is a problem that some pasture based-farms have started to tackle head-on. One particular method being used to reduce methane emissions is to collect the gas and convert it into electricity. This method was introduced at the Straus Organic Farm in 2004. The California based operation installed a methane digester, which turns the methane into electricity. Twice a day, the barns are cleaned of manure by flushing them with recycled water. The manure goes through a separator, with the solids used as fertilizer and the liquids piped into a covered pond which is connected to a generator. The methane powers the generator, creating over 300,000 kilowatt-hours of electricity each year—the equivalent to over $40,000 worth. This process provides more energy than the dairy uses, allowing the excess to be sold back to the grid.

Methods used by ecologically minded farms to prevent the buildup of manure includes the flood irrigation of pastures to evenly distribute manure and enrich the fields with the natural fertilizer. Organic Pastures makes use of mobile milking barns which travel to the herd and allow the animals to be milked on the road adjoining the pasture land. This prevents the need to funnel cows into a barn multiple times a day, a process which can be stressful for the animals and leads to a concentrated build-up of manure.
06 May – Field & Sea / Dairy / Waste