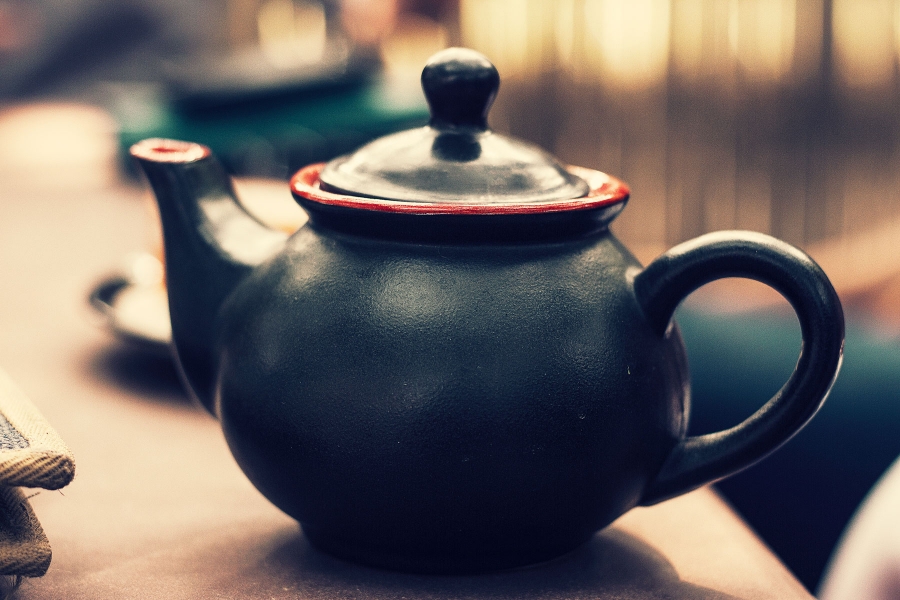 Greg talks about where Fair Trade ends and Fair Labor begins, the role of B corporations and the importance of choosing organic tea.

Greg Nielsen is the Director of Marketing for Numi Tea—an organic tea company founded in Oakland, California by siblings Reem and Ahmed Rahim.  Numi Tea is a Fair Trade, Fair Labor B Corporation which invests in community projects for its workers overseas through Fair Trade programs, as well as project to enrich its hometown community in the San Francisco Bay Area.

Why did Numi decide to get certified organic?

“Numi was started back in 1999 with a brother and sister cofounder, Ahmed and Reem Rahim.  Really it has to do with everything that they, as social entrepreneurs believe in.

“Organic tea, for one thing, helps local communities and their regional environment by not using excessive pesticides or synthetics. A lot of times in third world countries, if they don’t have the same regulations we do in the United States, you hear about farmers going home to their kids with the clothes they have been spraying the field in.  It’s both a regional health issue as well as a regional environmental issue.

“Furthermore, when it comes down to the end consumer use, tea is not a washed product like fruits and vegetables are. When you really think about it, the first time tea is touching water is when you put it in your cup. So that might mean that there is some type of pesticides, or herbicides, or sprays, or synthetics in the tea that you’re putting in your cup. So there’s also a personal health issue that we believe in with organics, especially with tea.”

Can you explain the differences between Fair Trade and Fair Labor?

“Sure, absolutely. Fair Labor is something that we worked with SCS [Scientific Certification Systems] on—they actually audit Fair Trade on behalf of Fair Trade USA as well as the Forest Stewardship Council (the FSC).

“Fair Labor—what that has done for us is to be a verification to ensure that our partners and our supply chain are adhering to working conditions and standards, and pay standards that we have established—which go outside of the scope of Fair Trade.

“Also, what Fair Trade does is provide grant funds for certain projects that the workers vote on. They have chosen everything from mosquito nets to a dormitory for a school.

“There’s not a whole lot of overlap because Fair Trade is a third-party organization…it has primarily to do with grants and funds that you give back to the local communities and empowering the farmers. Fair Labor is the supply chain piece of it.”

So Fair Labor focuses on the actual labor itself, making sure  people are getting fair wages and the treatment is up to our own standards—whereas Fair Trade is geared more towards social and environmental projects.

“Yeah, that’s right. And Fair Trade focuses specifically on the farm and the source of origin.”

Can you explain the Fair Trade premium and how it works? It’s an amount paid on top of what you normally pay for the farmer’s produce.

“That’s correct, yes. The premium goes back to the farmers and the local people vote on what they use their Fair Trade premiums on.

“Everything from that dormitory I explained about to schools to even mosquito nets. I’ve even heard about different places purchasing equipment so they could be more efficient farmers.”

I’ve also seen on Numi’s tea boxes that you are a B corporation. I’ve been seeing an increasing number of these recently.

“What they do is, unlike traditional businesses, they’re really looking for a comprehensive and transparent social and environmental standard. To be a B Corp., you have to meet a really high level of accountability standards.

“What we like about B Corp. is it’s a really strict certification piece around social and environmental performance standards. Only companies who are in it for the right reasons, and not the whole green-washing piece, can be certified B Corporations. We were actually a founding business B Corporation. It’s a very rigorous process, but its also something that, for us, helps tell the story that we are legitimately a social and quadruple bottom line company, as we like to say.”

I also noticed your box has the Eco Responsibility Audit on it.

“What that does, I think, is it helps us tell the story of why we recycled materials in our packaging and the impact it makes to use recycled packaging. Over five-thousand trees were saved by Numi making this choice over the years, which is great.

“I think it gives a real visual impact that people can understand. Everyone agrees that recycled is good, but what’s the true impact of it? It’s a good way for us to communicate that.”

Moving on to the tea itself, I’ve done a little bit of research on natural flavoring and what that means in organic, and I’ve noticed that, through the regulations, a certain amount of natural flavoring is allowed.

“What we truly believe is, if you use the best type of tea and the best fruit, spices, and the best real ingredients—that’s going to produce the best, most naturally tasting tea in itself. A lot of times, flavorings, in tea specifically, are used to cover up low quality tea.

“We use broad leaf tea in our bags—we don’t use what’s called dust or fannings, which is really the shake at the bottom of tea that’s collected. A lot of tea companies use that, and that’s why a lot of times Americans associate tea with being bitter if they use a lower quality tea because you can only steep that for a couple minutes.  Broad leaf tea can steep for four to six minutes, and it’s not going to release a bitter flavor.

“We also think that real food is better for the planet when it comes down to it. We actually just became certified non-GMO as well. We believe the longevity of the planet is better when you’re using organic, when you’re using real fruits and flowers and spices and high quality tea and non-GMO. It’s all part of the natural cycle of things as far as we’re concerned. For us to be a packaged goods brand that sells internationally, we invest our money in our operations to bring that kind of quality.”

Numi gives their employees four hours of paid time each month to volunteer at a non-profit. Are there any other community-building activities that Numi engages in?

“Actually, we just had an outing to the Alameda food bank and helped them out a couple weeks ago. That was kind of a company-wide half day off.

“We also had two employees partake in this program called In Good Company that Cliff Bar does.  The idea is to send employees to do community development projects in your local community.

“Actually, a lot of Numi employees are also service mentors for an organization called Build, which is based out of Oakland and in Palo Alto. They’re an after-school entrepreneur program for high school students in under-served communities. So a bunch of us are mentors of a bunch of young entrepreneurs and help them out.”

It seems like a lot of your community-building activities actually builds the community within your own work environment as well. That’s a great connection to develop.

“Absolutely.  We’re also developing the Numi Foundation, which is going to be a non-profit extension of our company. One of the programs we’re talking about including is a curriculum program that’s both art and nature inspired that we’ve already piloted with the Waldorf school in Oakland.”

Are there any future developments that we can look forward to?

“Sure. Part of the reason we decided not to use nylon silky bags that a lot of other tea companies use—although it’s a very nice presentation—the only places we have found those tea bags have been from a petroleum-based product, which we don’t think is good for you to steep into a hot cup of water and drink.

“Then there is also the corn starch-based, plastic-like material that some tea companies have sourced from, but we have not been able to find one that is non-GMO certified.

“We have discovered from our own investigation that the corn used is actually GMO. It’s just, during the processing and then hand-off from one supplier to processor, etc.—that the trail gets lost or confused.”

Labels are a start, but don’t tell the whole story. That’s why, no matter what the label says, you need to ask your egg producer these questions and decide for yourself if his practices meet your standards. Read more
The best fruit and veg is local, seasonal and organically grown…but that doesn’t mean it’s going to be sporting an organic label. Read more
Our best tips to help you eat nutritious, local, ethical and organic food for less Read more
02 Jan – Interviews / Certified Organic / Drinks / Interview