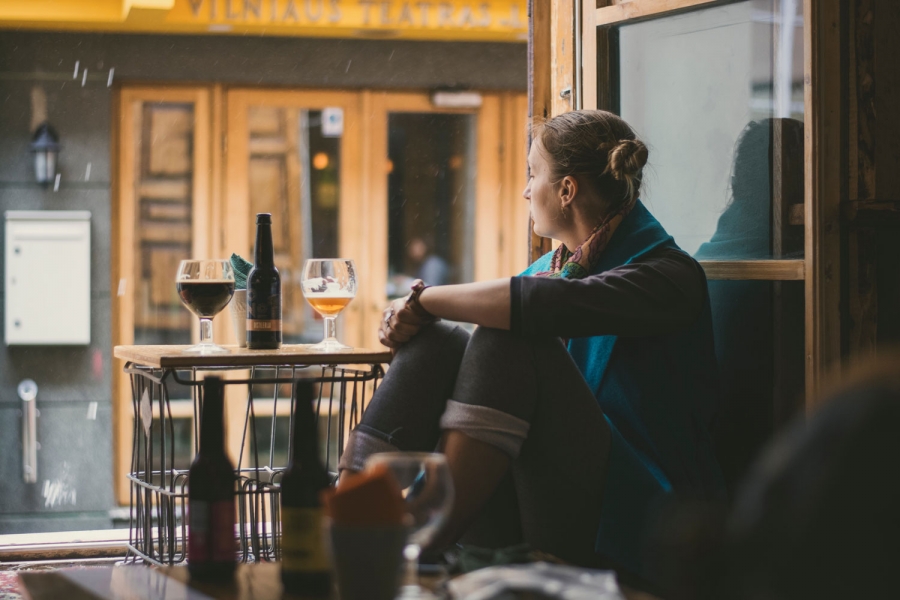 Sometimes sustainability is equated with upscale restaurants that specifically market their local and sustainable credentials. But what about your favorite pizza joint, or the place where you pick up a quick salad on the way home from work, or the bakery that supplies your daily bread?

To really make a difference, sustainability has to take root in the way we live our daily lives and the way everyone does business; otherwise, it will be relegated to mere trendiness.

So, what makes a restaurant greener? What does that even mean? You can look to your own kitchen to get a clue. The steps that restaurants take to reduce waste, to save water and energy and to source their food responsibly are similar to changes you’ve made at home, but on a larger scale.

We looked at three restaurants to see what kinds of best practices they’ve implemented.

Pizza: How green is your local pizzeria? If you live near a Napizza, you may be in luck, since this is the first pizzeria in San Diego to be certified by the Green Restaurant Association.

When you shop for groceries, you have a lot of control over food waste. If you plan well, it’s not hard to eat everything you buy and compost scraps. But restaurants have to strike a fine balance so they always have food available, without preparing an excessive amount, despite the fact that demand can be unpredictable. “Sorry, we’re all out of that,” is something restaurateurs never want to say, and diners don’t want to hear.

“When we sell out that is a bit of a double-edged sword. At first glance, a sellout might seem good from an owner’s perspective; however, it also means that some customers are leaving disappointed or empty-handed,” says JP MacFadyen, who co-owns a Great Harvest Bread Co. franchise with his wife, Michelle.

Because of this, a certain amount of surplus food is inherent in the restaurant business. It’s been estimated that an astonishing 40% of food produced in the United States is thrown away, a practice that is unconscionable when so many are going hungry or have a hard time affording decent food. It also negatively impacts the environment, as all that food ends up in landfills and emits methane. The best outcome is to get this edible surplus food to people in the community who need it, which is known either as food donation or food reclamation.

Napizza donates any prepared food that hasn’t been served after four hours  to local organizations that help San Diegans in need. “We have been donating food for almost two-and-a-half years now,” says Basia London, the company’s spokeswoman. The restaurant tracks the amount of food they donate, and shares these figures with the city of San Diego, whose officials use it in their research on preventing food waste and hunger in the city.

The majority of Snap Kitchen stores have donation pickups. Austin stores donate to Keep Austin Fed, while Dallas-area stores coordinate with various organizations, including local churches. “The goal is to have partners for every store,” says Elaine Krackau, the company’s spokeswoman.

Restaurants use a variety of ways to predict how much food they will need. Snap Kitchen uses predictive software based on historical sales to help plan production quantities. However, as Krackau observes, “Human shopping behavior means that history doesn’t always repeat itself and sometimes we simply don’t sell it all before it needs to be pulled from the shelf.”

There also are cases when donated food is not left over, but made expressly to give away, such as when Great Harvest bakery made bread specifically to donate in 2010, bringing hundreds of loaves to the fishermen and women after the 2010 Deepwater Horizon Oil Spill in the Gulf of Mexico.

“The idea of donating bread to help feed the less fortunate has long historical roots,” says MacFadyen. “Just take the word companion; it literally means to share bread with someone!”

While many bakeries offer day-old baked goods at a discount to customers, Great Harvest prefers to forgo the additional sales in favor of donating day-old bread and pastries to their local soup kitchen. Overall, MacFadyen says he tries to keep the percentage of baked goods donated to around 5%.

Just as you are on the lookout for local, seasonal foods, green-minded restaurants also need to evaluate their sources. Some restaurants strive to buy organic, while others have relationships with smaller local farms that may not be certified, but grow organically and responsibly. Local sourcing can be tricky for restaurants though, especially if they have signature dishes they serve year-round. Bakeries, for instance, rely on wheat, which is grown in very specific areas.

Snap Kitchen is continually looking for new ways to source local and organic foods as well as “Never, Ever-3” meats. These meats may not be certified organic, but they are guaranteed to be free of antibiotics and hormones, and they are from animals that weren’t fed animal byproducts. Snap Kitchen also sources gluten-free products and clearly label their ingredients to help customers make the best choices.

Napizza sources 80% of its raw ingredients within 400 miles of San Diego. All of their meats and poultry are hormone- and antibiotic-free and they only buy wild-caught fish. “To us it means investing in the immediate community and supporting people who live here,” says London.

Great Harvest uses freshly milled stone-ground whole wheat from family-owned farms in Montana, local Acadiana honey, and local seasonal fruits and veggies. And importantly, they eschew additives, conditioners, stabilizers, or preservatives in their baked goods. These omissions are important. If you’ve ever actually read the labels of supermarket baked goods, you’ll see a lot of ingredients that have nothing to do with good wholesome bread and everything to do with cutting corners and extending shelf life.

Restaurant sustainability is about more than just food, of course. Factors such as energy efficiency, reducing water usage and the use of disposables, as well as switching to disposables that are ecologically preferred, and reducing the use of toxic or damaging chemicals—all need to be evaluated and addressed.

Snap Kitchen, Napizza, and Great Harvest have chosen to work with Green Dining Association, an organization that helps restaurants implement a wide range of best practices, most of which are invisible to diners. Certified restaurants are reevaluated annually in areas such as food sourcing, recycling, using energy-efficient appliances, and reducing food waste. “We recycle and compost, our packaging is made from 100% recyclable materials and we use LED lighting to protect the environment,” says London.

So while your favorite restaurant may not advertise the steps they’re taking to run a more responsible business, and offer you cleaner, more sustainable food, they may be doing quite a bit behind the scenes. It’s easy enough to ask your local restaurant about things like food sourcing, but it’s really hard to evaluate aspects like energy efficiency or food-waste reduction. Restaurants that make the effort should be rewarded with your business, so it’s worth it to ask. Many restaurants are already making it easier for customers to understand how they run their businesses by getting certified by a third party, such as the Green Restaurant Association.

Visit DineGreen.com to look up certified restaurants near you

Find out why some farmers grow organic, but don’t get certified