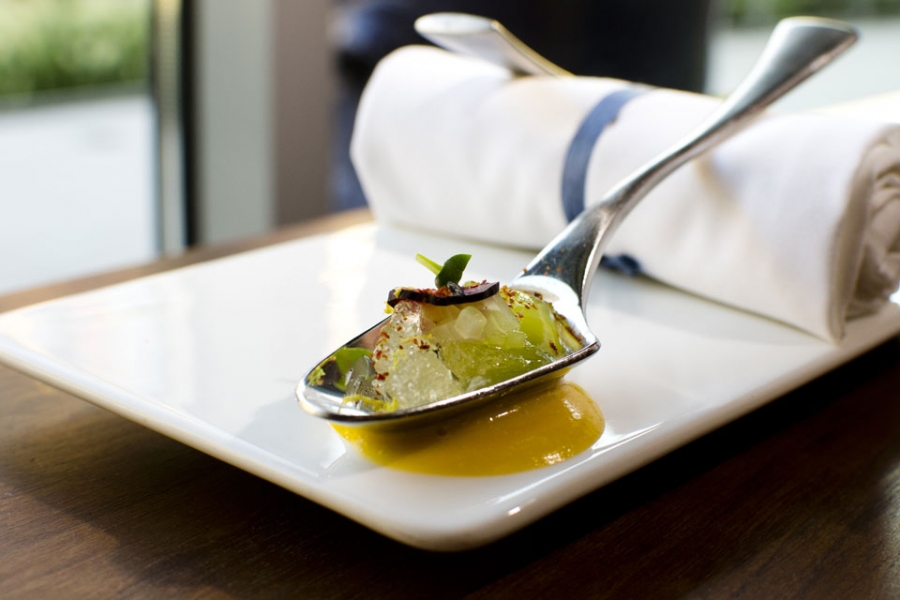 You may not have considered Omaha, Nebraska—the corporate headquarters for packaged-foods giant ConAgra and birthplace of boxed cake mix and the TV dinner—a likely place to find a sustainable, no-waste local-minded fine dining restaurant. But as it happens the Grey Plume—awarded 4-star SustainaBuild certification, and named “the greenest restaurant in America” by The Green Restaurant Association—fits comfortably in the revitalized downtown district of Nebraska’s largest city.

Clayton Chapman is the co-owner and executive chef of Grey Plume. His cuisine is “new American” in style, meaning it’s based on upscale and contemporary interpretations of classic American dishes, with an emphasis on seasonal flavors and ingredients. Grey Plume highlights local producers and farming partners, but without being overbearing about it. Rather than barrage their customers with a long list of the names of farms that supplied every ingredient in a dish, Chapman prefers to highlight the source of the dish’s featured ingredient.

For example, a local Nebraska hog farm named TD Niche supplies the heritage pork for the dinner menu, while Plum Creek Farm provides the chicken for a roulade and Majinola Farms, just 45 miles away in nearby Iowa, supplies the Wagyu beef for the tri-tip and strip loin plates. Another local product featured on the menu, usually in burger form, is bison. Grey Plume lists its farm partnerships on its web page, including an urban farm in Omaha and other producers who supply the kinds of ingredients that may not get a shout-out on the menu but are nevertheless both essential and solidly local.

In a move that could bear to be imitated by many other restaurants, the dinner menu also helpfully provides a glossary for those who might be unfamiliar with agnolotti (“a stuffed pasta similar to ravioli”), grissini (“house made, semolina flour crusted bread sticks”) or aronia berries (“native to the heartland and similar in flavor, although less sweet, than a blueberry”).

Nebraska winters are long, cold and full of snow. Paradoxically, Chapman reports that this makes his autumn and winter menus easier to write. The weather is more predictable near the end of the year than it is in the spring and summer, when fierce thunderstorms can tear through the region with little warning, leaving much disruption in their wake. As chef, Chapman relies on his carefully maintained larder of home-preserved produce and cured meats to last him through the cold months.

The Grey Plume is not open on Thanksgiving or Christmas Day, but they will be serving a special lunch on Christmas Eve and a holiday-themed menu through the winter season. “We like to keep the menu bright, vibrant and exciting,” Chapman says, “so our way of doing that is to preserve the best of the season when in season to help get us through the winter.” Local touches include offering a cassoulet made with Nebraskan dried beans, house-made Irish cream and eggnog drinks, and a variety of dishes constructed from the pantry full of such preserved delectables as pear marmalade, apple jam, and peaches pickled with cardamom. The restaurant also features its house-made charcuterie throughout the winter months.

Why operate a locally-focused restaurant at all in a place like Omaha, with its short and unpredictable growing season? For Chapman, the explanation is simple.

“We want the best ingredients available to us—and those ingredients just so happen to be local.”

Butternut Squash Soup With Truffle And Parsley
We always have soup in house, and this is one of our favorites.  The squash, a puree base,  is poured tableside.  In the bottom of the of the bowl before the soup is poured, we have a squash and parsley panna cotta, parsley puree, truffle powder, a squash seed crumble and house grown micro greens.

Guinea Hens
We have some great local birds that we will be serving by the half each in the near future.  They are glazed in a guinea jus while roasting in the oven.

Majinola Ranch Wagyu Tomahawk Ribeye
This item is great fun.  We offered this last fall as well.  A 48 oz, bone-in tomahawk ribeye.  Cooked sous-vide and then roasted in cast iron with foaming butter.  We serve it with a platter seasonal family style vegetables and carve the steak tableside.  Steak typically serves 3-5 people.

Whole Roasted Oyster Mushroom
These are locally foraged oysters.  Our window is very small, but what we have seen so far this year have been beautiful.    We cook these 2 lb clusters like most would cook a steak, and carve them tableside for guests.  They are pretty awesome.

TGP Bar Menu
Not exactly a holiday menu, but this is a new menu feature.  All items on this bar menu are $12 and under, including a house prosciutto from local heritage pork (has been hanging for 16 months).

Hot Chocolate
We pride ourselves on our hot chocolate.  Served with a large house marshmallow and cocoa nibs. 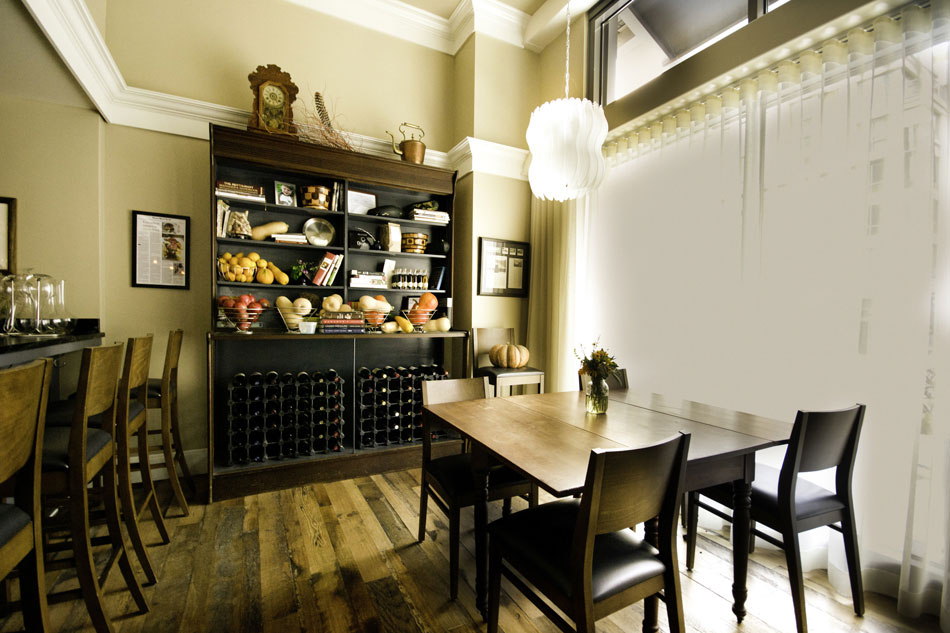