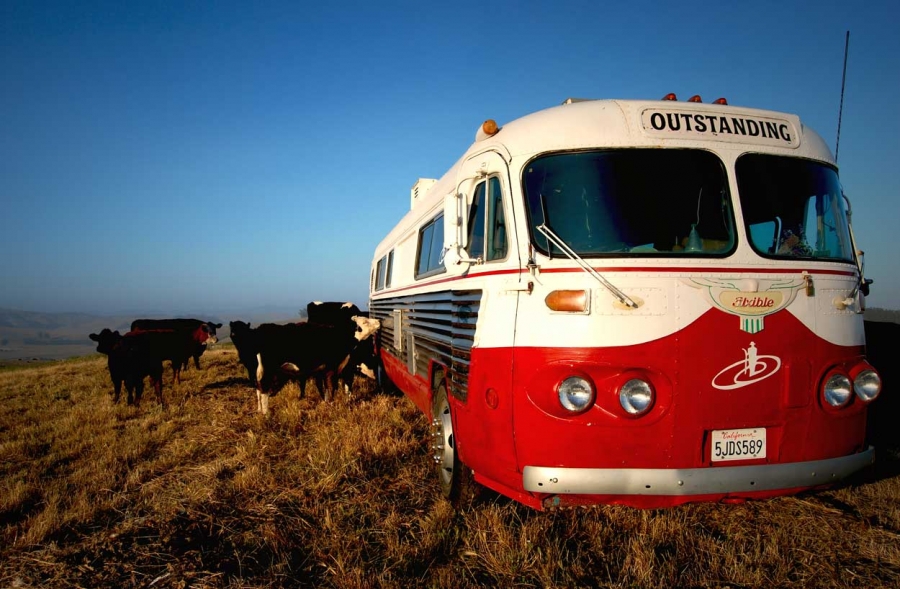 Alongside restaurants who have decided to source local and seasonal produce are those who have gone a step further by creating their own gardens and small farms. The trend is increasingly toward restaurants that grow their own food.

Whether their gardens contribute significantly to the daily menu or simply provide herbs and a few vegetables, restaurant owners and chefs are using them as a source of culinary creativity and unparalleled fresh quality.

Madrona Manor is a 19th century Victorian mansion in Healdsburg, California, which serves three different purposes: a hotel, restaurant, and wedding venue.  Built in 1881, this historic residence originally presided on 240 acres, which has been condensed over time to the eight acres it now occupies.  Four of those acres are used for Madrona Manor’s garden, which includes fruit trees, a flower garden which supplies fresh cut flowers for the hotel and restaurant, and a herb and vegetable garden used for the restaurant.

“With us being out in the country it was just more of a common sense item,” stated Kevin West, the manor’s hotel manager, on the origins of having an on-site restaurant garden.

Madrona Manor’s executive chef, Jesse Mallgren, comes in and tends to the garden before his shift.  However, the garden is managed by Geno Ceccato, who tends both the garden and the Manor’s acreage—allowing Mallgren to have a hand in the produce without adding its keep to his full time duties in the kitchen.

How much a garden or small farm can produce for a restaurant depends on the size, season, rain and sun conditions, as well as naturally occurring harvest disruptors like pests or disease.  At its peak Madrona’s garden can produce more than 50% of the ingredients on a diner’s plate.

Subject to the vagaries of harvests, a chef has to be fairly flexible when incorporating items from his garden.  The menu at Madrona can change up to three times a week, demonstrating the creativity and spontaneity with which a chef in this position can practice substituting one ingredient for whatever is in abundance.

Last year Madrona Manor added an item on their menu called “tomatoes from our garden”, inspired by the thirty varieties of tomatoes produced in the garden.  The dish consisted of tomatoes—picked mere hours before—presented on a plate drizzled with pumpkin oil and the chef’s pick of cheese.  Although this menu item kept the same title, each night the tomato could be switched out for yet another variety from the garden.

Surrounded by residences, the garden has little room to produce a significant amount of harvest to meet the restaurant’s demand.  However, Poggio still finds ways to integrate their bounty into their cuisine.  “For us it’s really a supplement, its not large enough to be an exclusive provider for produce here.  When we’re able to use things from our garden it is really a bonus,” commented Amy Svendberg, managing director at Poggio, “And as far as drawbacks? I…gosh, no. I can’t think of any drawbacks to having it.  Except that it’s small; but it’s wonderful.”

Poggio employs a gardener to tend the 1/8 acre which provides ingredients suited to Poggio’s menu.  The items planted in this garden are mindful of Sausalito’s climate, which does not support produce that requires a lot of warmth, such as tomatoes. However ingredients such as fava beans, watercress, herbs, kale and other greens do extremely well along the tiered garden.

A favorite seasonal delight at Poggio is the fava bean.  Fava bean season is notably short, beginning in late Spring and peaking around July. The cornucopia that is produced in Poggio’s garden guarantees diners will get their fix, and they can be found throughout the menu.

Outstanding in the Field

Outstanding in the Field is what Lisa Supple calls a “roving restaurant without walls” that connects local producers with chefs and diners alike.  Far before this show hit the road, the idea for Outstanding in the Field began in 1999 by founder, chef, and artist Jim Denevan, during a series of farmer dinners he held at Gabriella Cafe in Santa Cruz, California.  The idea was to hold a dinner attended by the restaurant’s producers which featured the produce and meat or fish they each had raised or cultivated.

These are the wonderful people who have dedicated their lives to work that benefits us all.  They grow, nurture, create, ferment, chop, boil, bake and plant their way into our lives.  The purpose of Outstanding in the Field events is to recognize these contributions to the table.

The setting for these dinners eventually changed from the cafe to an orchard farm, owned by Jim’s brother, Bill Denevan, to further connect diners to the source of their ambrosial feast.  Chefs from the surrounding Bay Area were invited to take part in these dinners and it was not long after that these farmer dinners took to the road in a red and white touring bus.  Today Outstanding in the Field organizes as many as 90 events a year, traveling all over the US and internationally.

Usually prepared by a regionally celebrated chef, local and seasonal is taken to new heights during events in which farmers, producers, culinary artisans, and diners tour the hosting site, followed by a shared meal created from almost all locally sourced ingredients.