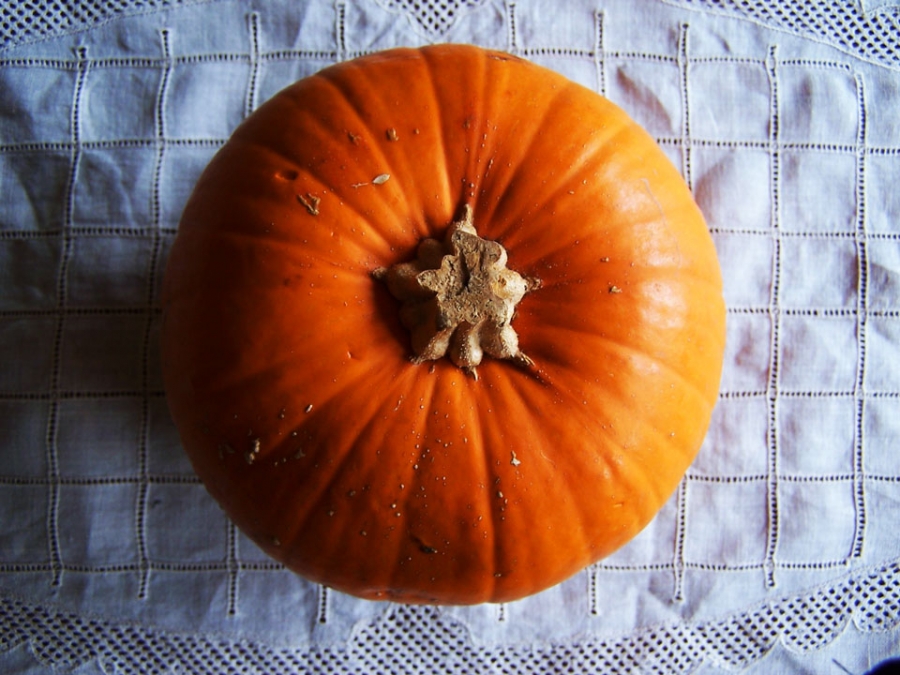 This year, why not try something other than the traditional turkey and stuffing?  Serving holiday foods that are specific to your region will not only be a delectable surprise for your dinner guests but will often call for ingredients that are seasonally appropriate for your area and thus can be bought fresh from local producers.

From New York to Maine you will find succulent lobster, thick clam chowder, and mincemeat pie among the regional, winter fare. In Hawaii, kalua turkey and laulaus are enjoyed for the holidays, while across the ocean to the Pacific northwest of the United States, it is not unusual to see wild salmon and fresh crab featured at the dinner table.  In the southern part of the country you can find roasts of duck, rabbit and deer as well as gumbo and oyster dressing.

Try something unusual this holiday season and fill your dinner table with cuisine that represents your region’s bounty and heritage.

Finding a local producer who offers humanely raised animals can be time consuming, costly, and depending on your location, may not even be an option.  More and more, omnivores are choosing to serve a vegetarian feast during the holidays.  Not only is it less dear to replace the traditional meat centerpiece of a meal with a bounty of delicious vegetarian dishes, especially in light of the most recent drought which has caused meat prices to skyrocket, but it is also an eco-friendly choice to make.  We know that there are all kinds of issues with our current system of farming animals for food, ranging from environmental degradation to animal abuses, accompanied by growing concerns about the effects on human health from consuming animals which have been treated with chemicals, hormones and antibiotics.

Read more about making your holiday a vegetarian one

Whether it is crisp, golden turkey or duck, roasts of beef or pork, or the classic holiday ham, go with a heritage breed that is raised locally and sustainably.  Not only do factory farmed options of meat employ methods of raising their animals which are abhorrent, such as breeding birds to have such large breasts that they can no longer stand from the weight, but they also carry traces of the antibiotics and other stimulants which have been fed to the animal.

Choosing a heritage breed of animal supports that breed from fading into extinction, promotes genetic diversity, and simply taste better.  According to the Food and Agriculture Organization’s Global Databank for Farm Animal Genetic Resources, of the more than 7,600 breeds listed, 190 have become extinct in just the last 15 years, while another 1,500 are at risk of extinction.

The FAO states, “the biggest single factor affecting farm animal diversity is the globalization of livestock markets. Most of the world’s rapidly growing demand for livestock products is being met by intensive production systems based on a few species and breeds of high-input, high-output animals.”

Buying from local, humane producers supports your local economy and small scale farmer, and avoids the environmental impact of buying meat that has been shipped long distances.  Note that when you find a humanely raised product, it is important to verify the farmer’s methods of raising his animals, as buying products based solely on their labels can often be misleading.  Many farmers offer farm tours and some even teach courses on how to slaughter your own turkey, such as farmer Mickey Murch of Gospel Flats Farm in California.

Read more about slaughtering your own Thanksgiving turkey

Avoid chemicals and fake flavorings in your foods

Many pre-made, processed and canned goods contain chemicals, preservatives and fake flavorings, even if the title brags “natural flavor.”  Indeed, even organic foods can contain artificial flavorings.  Pick up a carton of eggnog at your local grocery store and you will find such ingredients as “natural vanilla flavoring” or “spray dried eggs” listed on the back.

Read our article about the seasonality of eggnog

Holiday ham is yet another precarious item to buy at the supermarket.  Traditionally, ham is cured in a brine solution or smoked in order to preserve it, as well as to contribute a delicious flavor to the final product.  Supermarket hams most often skip the brine bath, cutting corners by injecting a brine solution and artificial flavorings directly into the meat.

Furthermore, in order to withstand processing without completely dehydrating, many ham manufacturers add sodium phosphate to the injected cocktail in order to enable the meat to retain water (which ham does not do naturally).  Injecting this solution into the ham can sometimes cause it to retain so much water that it both loses flavor and enters into a whole new tier of labeling which the USDA has entitled, “ham and water product.”

If the final weight of the ham after processing exceeds its original weight, the USDA requires it to be labeled according to the amount of water that has been added it to it.

Why would some people choose a “ham and water product”, you may ask.  The greater the water content of the ham, the cheaper it is.  This year, skip the flavorings, spray dried eggs and water products and make a nutritious, gourmet meal for your family and friends.

Although the ubiquitous can of cranberry sauce has been a holiday staple for decades, you may choose to opt out of serving canned foods at your holiday table this year in light of a recent study conducted by the Harvard School of Public Health.  Researchers found that test subjects who had consumed canned soup for just five consecutive days showed a 1,000% increase of bisphenal A (BPA) levels in their bodies. The chemical BPA—which is used in the lining of metal cans as well as in plastic bottles and packaging that is marked with the recycling number 7—has been linked to adverse health effects in humans such as diabetes, cardiovascular disease and obesity.

Choosing to work with fresh, local ingredients not only makes your food taste better but ensures that you know exactly what is going into your holiday meal.  Fresh, local and sustainably produced foods are also the more nutritious option, as the further you process or transport a food, the more nutrient value and flavor it loses.  And at the end of your cooking, there is no can to recycle!

Cut down on food waste

Although developed countries contribute high levels of wasted food and un-recycled packaging to landfills all year long, waste levels notably peak during the holidays.  According to California’s Department of Resources Recycling and Recovery (CalRecycle), an estimated 1 million tons of additional waste is produced every week between Thanksgiving and New Year’s Day, nationwide.

When you do your holiday shopping at the grocery store or farmers market, be sure to bring your own produce and grocery bags to cut down on the amount of plastic that ends up in the landfill as well as reduce the number of trees which are cut down to produce paper bags.  You may also want to avoid pre-packaged goods, going instead for bulk produce and other foods.

Restaurant Favorites at Home: Part of “The Best Recipe” Series

Making It: Radical Home Ec for a Post-Consumer World