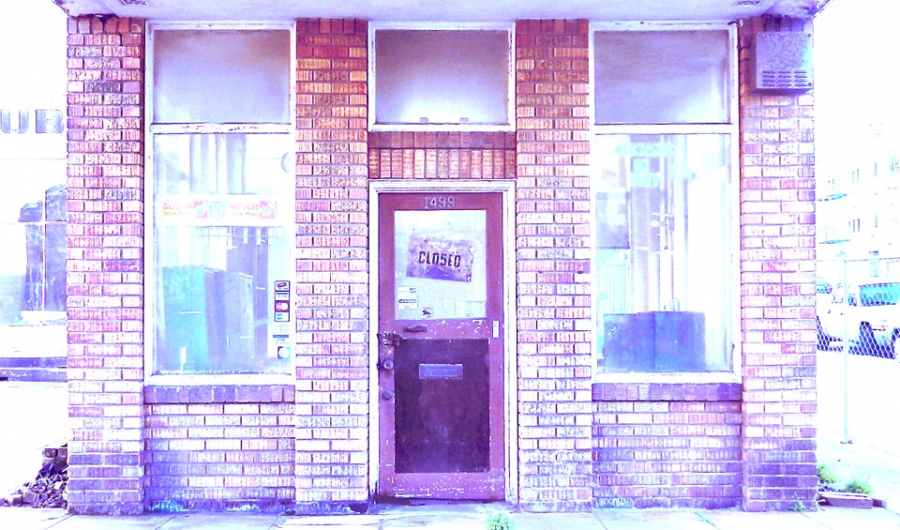 Home to Henry Ford’s assembly line, Detroit was once affectionately referred to as Motor City—the epicenter of American car production.  With the recent collapse in the American automobile industry and overall economic recession that has ravaged the United States over the past four years, over a fifth of Detroit households do not even own a car.  A notoriously unreliable public transportation system coupled with uneven distribution in the types of food retailers throughout the city, access to healthy, fresh food is at an all time low—causing Detroit to be labeled a food desert in a recent Mari Gallagher report. According to the report, which examined the correlation between public health and the types of foods made available in Detroit, the study found that in order to access a mainstream grocery store, just over half a million of Detroit residents must travel twice as far as their closest fringe food store—meaning food vendors such as fast food restaurants, gas stations or convenience stores. Surprisingly, Detroit has not been labeled a food desert out of a lack of food stores throughout the city.  Rather, it has gained this label due to the types of foods these vendors offer, which are most often packaged and processed foods, high in fat, salt and sugars. The USDA Food Stamp program SNAP, which brags that it puts “healthy food on the table for more than 46 million people each month,” does little to promote the eating of healthy, fresh foods in Detroit.  Only 8% of Food Stamp retailers in Detroit are grocery stores or supermarkets.   The majority of food retailers that accept Food Stamps have been found to be fringe stores which primarily specialize in the sale of alcohol, tobacco, lottery tickets, and a very limited selection of prepackaged and canned foods.  The need for fresh, clean produce is important now more than ever for the residents of Detroit. However, it is from dire circumstances such as these that people have become the most resourceful.  From communal food co-ops, to programs distributing resources which support the growth of home and community gardens, to mobile markets which distribute food to neighborhoods who are the most in need—Detroit has become a city of innovation when it comes to building food security.

The Detroit Black Community Food Security Network, or DBCFSN, is a collaboration of community members and organizations working to establish food security and a healthy food culture amongst Detroit’s black community, which makes up 80% of the city’s population. The DBCFSN defines food security as “the condition which exists when all of the members of a community have access, in close proximity, to adequate amounts of nutritious, culturally appropriate food at all times, from sources that are environmentally sound and just.” To list just a few of the group’s endeavors to attain food security, the DBCFSN works to:

The D-Town Urban Farm can be found in Detroit’s Rouge Park which the DBCFSN was able to acquire from the city under a ten year lease agreement for an annual fee of $1.  What originally started in 2008 as a two acre plot maintained by volunteers has now expanded to a seven acre productive urban farm which supports a full time staff. Unlike many other urban farms which spread their food production over a number of small, vacant lots throughout a city, D-Town Urban Farm has chosen to reside on a single lot to stand as a model to the public of what can be done with underutilized space.  The farm also acts as a site for food and agricultural education, serving as Detroit’s Regional Outreach Training Center for Growing Power Inc.  The farm seeks to achieve the highest level of food security by empowering people with the skills they need to grow their own food, knowledge which they can then bring back to their neighborhood and community. The produce harvested from the farm is sold at Detroit’s Eastern Market, farmers markets, and to several local restaurants.  The farm has also joined a producers co-op through a new project called “Take It To The Marketplace,” through which a few of D-Town’s products will be distributed for sale at local grocery stores.

In order to catalyze a healthy change in the community’s eating habits, the DBCFSN has extended its educational outreach through its Food Warriors Youth Development Program, which promotes a culture of eating healthy foods and physical exercise by working closely with three elementary schools—the Nsoroma Institute, Aisha Shule and the Timbuktu Academy. The program is geared to inspire youth to become food activists within their community—spreading their knowledge of food cultivation and preparation to their family members and neighbors.

Another program established by the DBCFSN in 2008 is the Ujamaa Food Co-op Buying Club—a monthly buying club which seeks lower prices for organic and other healthy foods, as well as environmentally friendly household items, through collective bulk purchasing. By bypassing overhead costs associated with buying from grocery stores and other food retailers, members are able to place their orders through the co-op’s food vendor, United Natural Foods, and pick up their groceries every four weeks.

Through a collaboration with the Detroit Public Library, the DBCFSN has hosted an annual lecture series called “What’s for Dinner,” which invites food experts to discuss the current industrial production system and explain the many benefits of sustainable methods of food cultivation.  Creating greater access to fresh, nutritious foods is just one part of developing a healthy food culture; creating demand for healthy food is what will inspire real change and motivate more stores to carry these foods.

Field Of Our Dreams

Getting stores to carry fresh produce is a start to increasing food security.  But what of the neighborhoods most inhibited by the lack of transportation?  Field Of Our Dreams (FOOD) sought to answer this dilemma by creating a small, mobile market which brought produce to some of the most underserved communities in the lower East Side of Detroit. The idea for FOOD mobile market was conceived at the tables of the Capuchin Soup Kitchen, which sources all of its fresh produce from its own garden called Earthworks Urban Farm. It was through a collaboration between those who ate at the soup kitchen and those who worked at Earthworks, that appreciation of being able to eat fresh, locally grown food grew into a movement to bring what they enjoyed to neighborhoods which would benefit from it the most.

Creating community out of the back of a pick-up truck

FOOD operated out of the back of a pick-up truck which unfolded into a mini sidewalk market at regularly scheduled stops in neighborhoods twice a week.   In an interview with Nick Tobier, one of the founders of FOOD, he explained that for many of the neighborhoods they chose to service, FOOD was their only access to fresh produce. Produce was purchased wholesale at the Eastern Market and sold with a small mark up so that FOOD’s operators could earn enough to make the market venture worthwhile.

We learned that our customers, in most instances, were the most vulnerable people in the city and that their money was unbelievably precious to them. Since we couldn’t take the Electronic Bridge Card, they had to actually spend a real dollar that could be used on almost anything else. Nick Tobier

For the founders of FOOD, Nick explained, there was an understanding that the market was never going to bring in a lot of profit.  The intention behind the market was to increase access to fresh produce as well as build community by bringing people together around food.  According to Nick, people would stop to buy a banana or two pieces of corn and spend the next two hours hanging around with the FOOD staff and other neighbors who came by. The market generated a lot of excitement for those in the neighborhood.  Sometimes people would shout down from their apartment windows to have a specific item saved for them  before the market even had time to set up.  Eventually they took special orders from regulars, keeping an eye out for the requested produce when purchasing their supplies.  The most sought after produce they sold was pineapple, which Nick explained was a special treat for those with a little extra money. FOOD is not currently operating but Nick is hopeful to see it reestablished in the future.

The Greening of Detroit

The Greening of Detroit is a non-profit organization established in 1989 which was originally created to promote reforestation throughout the city.  In 2006, the non-profit decided to change its primary mission to educating residents and local community organizations about urban gardening, and offering resources for people to start their own edible gardens.  Since its shift in goals, the Greening of Detroit has helped established two different programs—the Garden Resource Program and Grown in Detroit—which aim to inspire do-it-yourself communal and individual growing of food.

The Garden Resource Program was designed to provide established and aspiring urban gardeners and farmers in Detroit, Highland Park, and Hamtramck  with resources to support a variety of communal and private gardens.  In 2011, the Garden Resource Program supplied 49,858 seed packs and 230,296 transplant seedlings, as well as a variety of other gardening resources to local residents and organizations.  With this kind of support from the program, gardeners were able to successfully cultivate over 73 varieties of fruits and vegetables in 382 community, 64 school, 48 market and 857 family gardens. Apart from providing material support, the program also seeks to build a growing network of gardeners and urban agriculture advocates working to build a thriving, efficient, and healthy food system in their community.  The formation of neighborhood growing groups is encouraged by awarding committed participants with additional growing resources such as seeds, compost, mulch, additional volunteers, and even a tool sharing program. With the aid of hundreds of residents and community based organizations, the Garden Resource Program has been able to support the establishment and expansion of over 1,300 gardens and farms.

Of those 1,300 gardens and farms that the Garden Resource Program helps support is a co-operative of 37 market gardens throughout Detroit, Highland park, and Hamtramck called Grown in Detroit.  The co-op was established to pool together resources and provide mutual support for urban farmers who are looking to launch and sustain stands at local farmers markets and tap into a larger network of distribution. Transportation costs for getting produce to farmers markets, restaurants, and other retail stores is one of the most pertinent barriers for urban farmers looking to sell their produce off-site.  By collectively gathering and selling the produce harvested from these 37 gardens, co-op members are able to reduce their costs and share profits.  In 2009 sales reached $43,000 which the co-op projected would only increase in the years to come. Photo Credit: Nick Tobier (FOOD)
05 Aug – Urban Farming / Community / Farming / Organizations / Urban