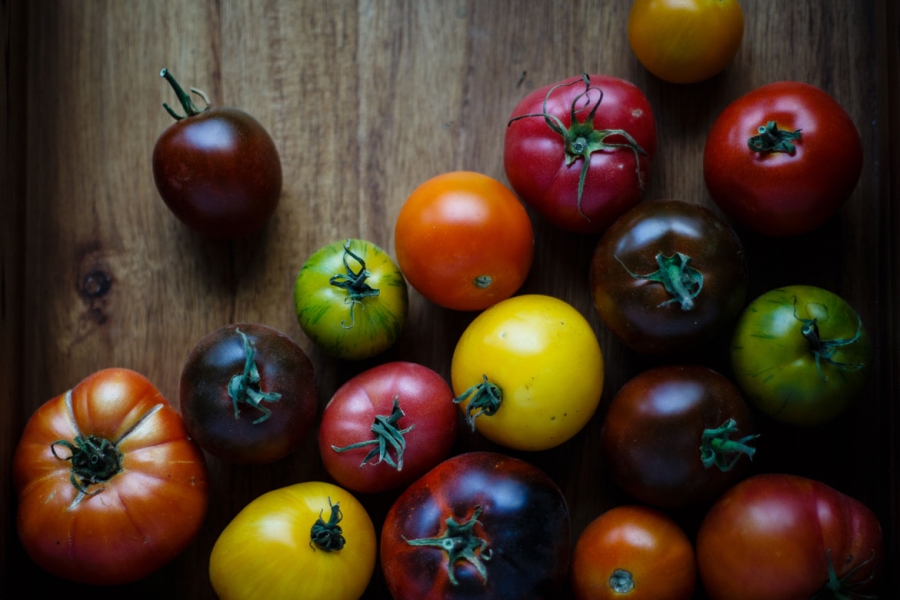 Sign up for a CSA program and get fresh, organic, seasonal fruit and vegetables from local farms.  Some programs even deliver to your home or work, which will also save you time at the grocery store.

Mark McAfee, dairy farmer and owner of Organic Pastures, commented on the necessity for consumers to be educated about what goes into their food, what labeling really means, and the issues surrounding how food is cultivated. “It takes a conscious consumer and it takes energy, and time, and money and investment—it’s not easy.  A lot of people have just given up.  They’re exhausted.“

Skip the grocery store—find a CSA

Following the growing demand for local, organic food, community supported agriculture (CSA) and subscription farming have established themselves as a convenient way for people to get organic goods directly from local producers. CSA is built on communal investment in local food production.  Members of a CSA will invest in a farm’s operational costs as well as a fair salary for the farmer in return for shares of his harvest during the growing season.

I’ve always said that our CSA is our most direct relationship from farm to people, aside from people walking into the retail store and buying the fresh meat. The CSA folks are investing in us through that subscription. David Evans, farmer and owner of Marin Sun Farms.

CSA allows consumers and farmers to spread out the risk involved in food production, such as the effects of poor weather conditions and pests.  This gives the farmer a bit of security and supports his efforts to grow safe, clean, environmentally responsible food without being pressured into having to use conventional shortcuts—such as synthetic pesticides or GMO crops—in order to compete in the food market. Subscription farming works much in the same way except that its focus is less on community building and more on the economic benefit of sourcing directly from local producers.  Subscription members usually pay a fixed price for an amount of produce which pays for the goods the farm produces more than capital investment in farm and the farmer. Unlike CSA, the risk is not shared; the consumer is promised a certain value—and they receive it regardless of conditions. Whether it is from a farm on the outskirts of a major city or from urban gardens, CSA is a way that people connect with a safe, local source of food.

Stores like Whole Foods Market offer a consistent supply of organic goods; however, they are not all local.  Often you will find produce with Peru or Mexico listed as the country of origin. Outsourcing food production, even from across the country, is an unsustainable practice for several reasons. First, consider the fuel it takes to ship produce.  The cost of fuel to transport these goods not only gets passed on to the consumer—making organic produce increasingly more expensive than conventional produce—but also contributes to the emission of greenhouse gasses which have been attributed to global warming. Furthermore, the necessity of fossil fuel to transport our food increases our dependency on an ever dwindling resource.

For the sake of conversation, I’m going to assume that there’s people in China who are responsibly producing organically. I think that’s wonderful. I am really happy they’re doing that, but it loses value to me when it gets put on a container ship or a jumbo jet and immense amounts of fossil fuel are burnt to get it to a supermarket near me so I can buy it at a cheaper price than from the farmer down the road. David Evans, Marin Sun Farms

Second, when you buy a tomato from Mexico, or an apple from Washington, the money you spend does not go towards supporting your local economy. Unless, of course you live in Washington, that dollar will not go to your local farmer who would have, in turn, spent it at a local restaurant, the owner of which would have spent it back at the grocery store, and so on.  Buying locally keeps money within the community. Increased demand for local organic goods can also cause many local producers to switch to organic farming methods, the practice of which promotes the health of the local ecosystem.

How do CSAs work?

Community Supported Agriculture, often referred to as CSAs, are convenient for people with busy work schedules as many offer home delivery or pick up.  Compare this to the time it takes to drive to the store, find parking, go through the moral dilemma of choosing the organic item, queue in line, and finally be on your way. CSAs do not just offer produce.  Different CSA boxes offer eggs, milk, meat, baked goods, and other specialty items like honey or firewood.  CSA subscription services often source from a variety of local farms in order to create mixed boxes which can be suited for different purposes—whether it is for a dinner party, kids’ snacks, a veg or fruit-only preference, etc. CSAs that offer meat can save a person a lot of hassle, for although organic produce may be increasingly easy to come by, ethically raised meat is not.  There is only so much one can tell from the labeling on a packaged meat product, and often times it can be misleading. For instance many may conceive the term “natural” on their meat product as indicating that the animal led a “natural” life—one that is out on the pasture, eating food natural to its species, with plenty of space to express their natural instincts.   This label, however, only designates that the meat does not contain any artificial colors, flavors, or preservatives, and that the product can only be minimally processed. By sourcing from a local producer you know where your meat and produce come from and how it is raised.  Small, local producers are more accessible to answer questions and more willing to provide a higher level of transparency as a point of difference to set them apart from the cheaper, factory farmed or commodity organic alternative.

Not all is well in paradise—the CSA monopoly

CSA programs that source from a variety of local suppliers have their downsides as well.  Recall that subscription services differ in their emphasis, which is more on the economic benefit of sourcing locally, rather than community building.  With a growing demand for CSA subscriptions, farmers who are not part of a local CSA program can be left at a disadvantage, unable to tap into that market.  CSA monopolies have arisen in some areas, in which some farmers are overshadowed by a strong CSA co-op—a development that goes against the very principles of community supported agriculture.
Featured 29 Dec – Certified Organic / Shopping / CSA / Local Food