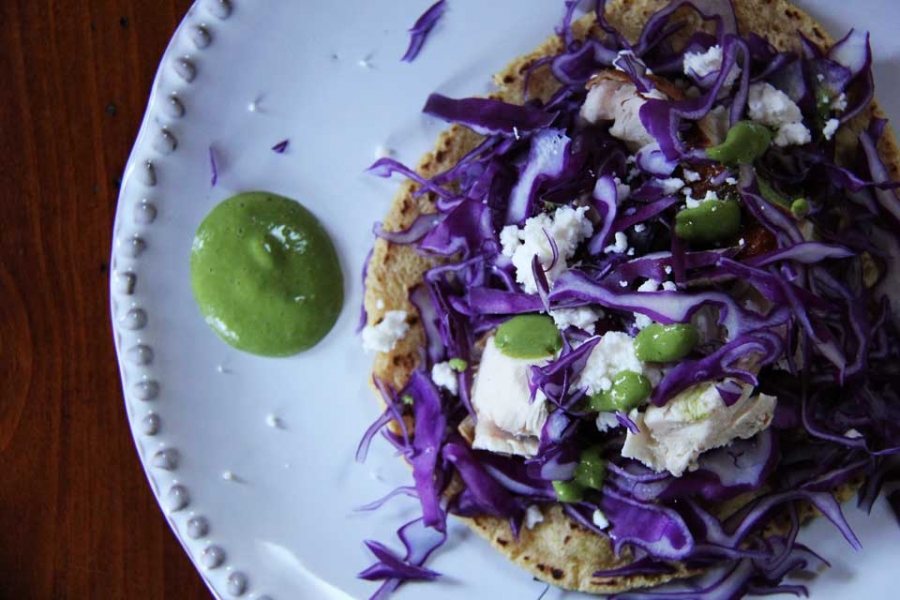 A blender is a quick cook’s best friend and sauces can be made in a snap.

Sometimes you just need a sprig or two of a herb, such as cilantro, and yet you have to buy it in a huge bunch. That’s one reason I grow nearly all my own kitchen herbs, but last year was a total dud for cilantro in my garden. You can use this recipe for many different herbs such as mint, rosemary, parsley, tarragon. Only, for all of those herbs, except for mint, I would use lemon instead of lime.

Throw all of these into a blender and blend until completely smooth. Keep any leftovers in a glass container in the fridge. Whereas your cilantro may have wilted in a couple of days, this sauce will last at least a week, depending on the expiration date of your yogurt.

This is lovely in pita with veggies and feta, spooned on top of fish tacos or used to dress up zucchini or potato fritters. It can also be used as a marinade for chicken or turkey. If you use it as a marinade, add some spice to it, such as toasted whole cumin seeds; or add a spicy chili pepper for a kick. Yogurt marinades are known for keeping meats moist during cooking, which is especially helpful with poultry breast meat, which tends to dry out. For best results, marinate your meat at least overnight.