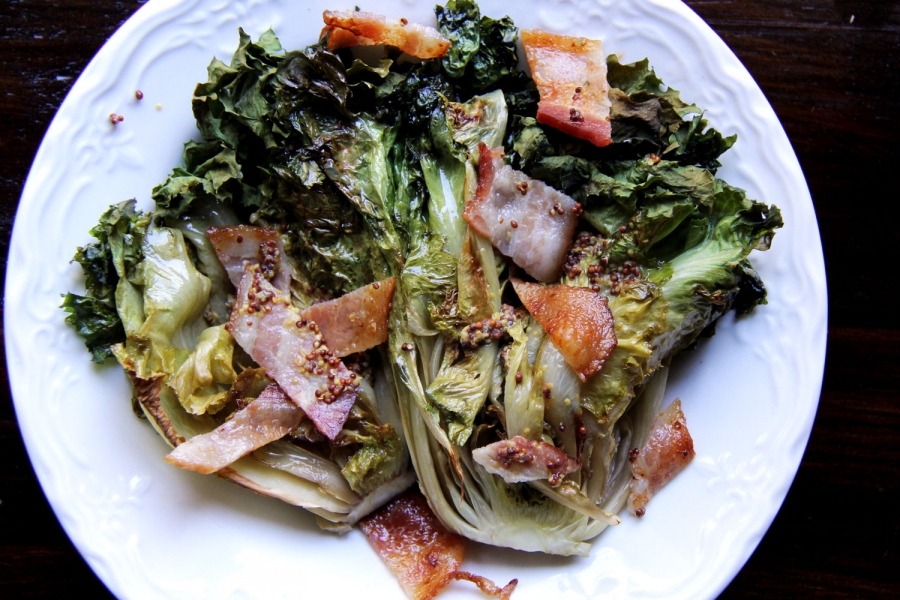 This warm, easy and satisfying dish is perfect as lunch or a light dinner, or as a side dish.

Braised escarole with bacon and mustard

There are so many leafy greens to eat, and so little time! Don’t get stuck eating the same rounds of spinach, chard and kale. Perhaps you’ve never eaten escarole, or maybe you’ve just forgotten about it. Here’s a tasty autumn refresher:

Why do I call this braised, when it seems like I am roasting it? Escarole has a lot of water in it, which is released during cooking. The heads braise themselves in this juice, combined with the bacon fat and acids from the mustard. 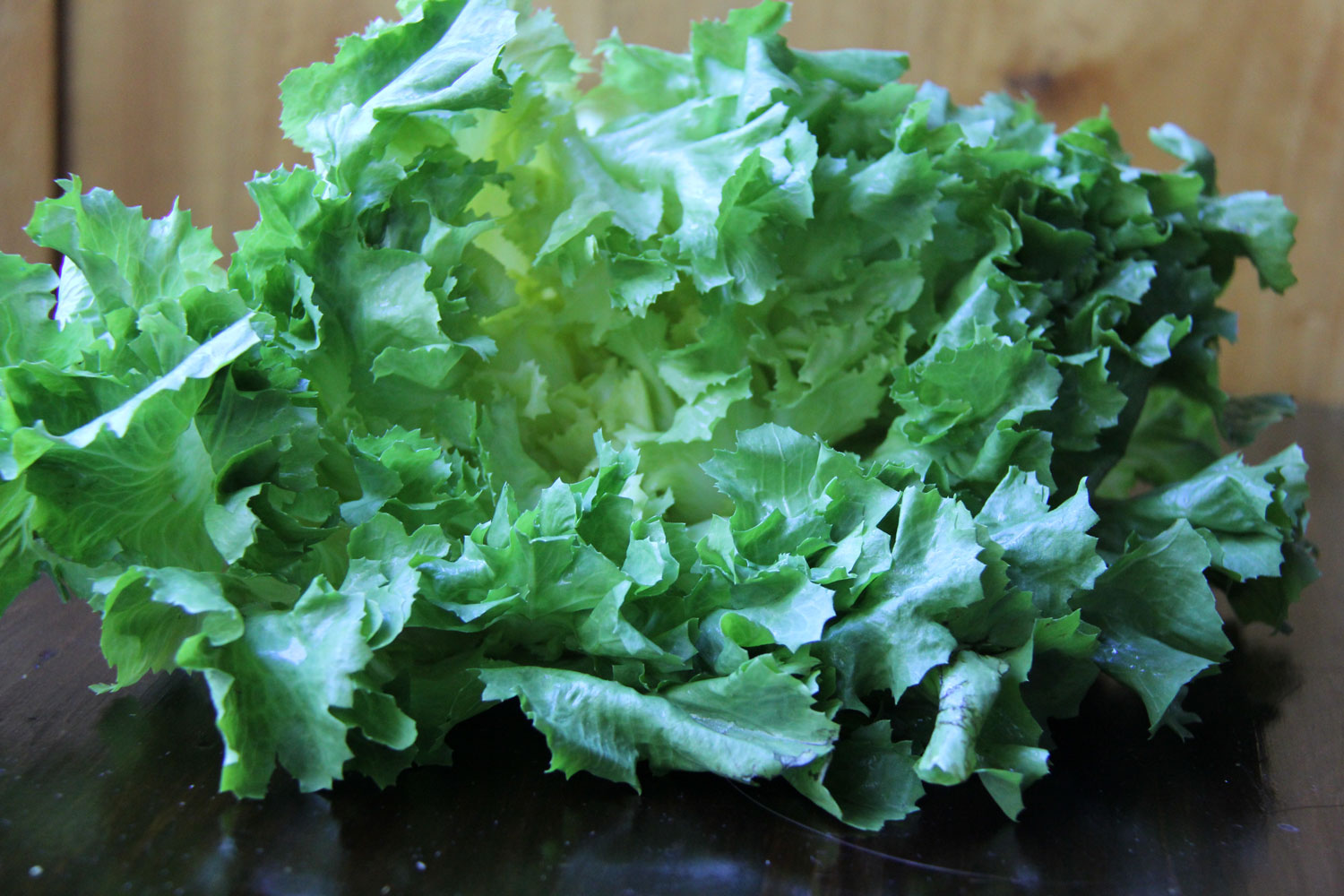 This would be lovely served with crusty bread. You could also serve it with German style roasted potatoes, with a little mustard/bacon dressing. There are few things more fantastic than hot potatoes and mustard vinaigrette. I was actually planning on making this with smoked duck breast, but when I went to the butcher today they had just sold out. They raise the ducks and smoke them (Marin Sun Farms), but they don’t always have it available. First, it has to be duck season, and second, the butchers need to be in the mood to smoke the duck. He said he’d be in the mood in a couple of weeks. So I bought some bacon instead. My butcher also raises the pigs and smokes the bacon. If you’ve never had really high quality, hand crafted bacon made from free range pigs…please get your hands on some. It’s not worth eating bacon otherwise. The bacon I get from my butcher is quite costly, but I only use a little and I don’t eat it often. It’s completely worth the price. Packaged bacon from the supermarket is generally a poor substitute, even if it is supposedly raised well. There are high end brands out there now that are better than the typical factory farm bacon, but they do not come close to really high quality bacon. Life is too short to eat second rate bacon. It would be better to make this dish with olive oil and no bacon, if it has to come to that. Please don’t eat crappy meat! The reason this dish is so good is because there are only a few ingredients and each ingredient is the best that can be had. This escarole is local, organically grown and fresh. The bacon is a heritage breed, raised free range on a local farm, and processed into bacon by my butcher. If you don’t use high quality ingredients, you have to add more flavorings in order to “jazz” it up. Basically, you are just masking the fact that you’ve chosen mediocre food. Don’t bother. Eat simply. Insist on the best ingredients. Get in the kitchen and cook! If you want to know more about how to choose pork products, read the buying guide for meat here.

Food52 Genius Recipes: 100 Recipes That Will Change the Way You Cook 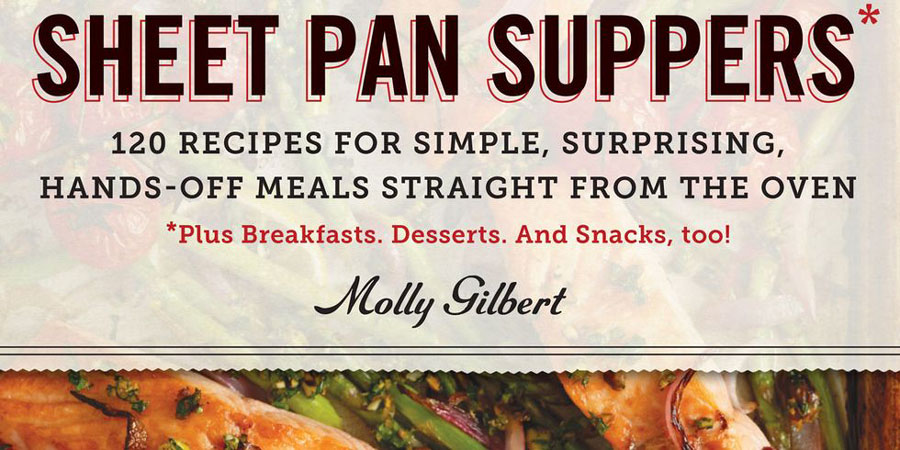