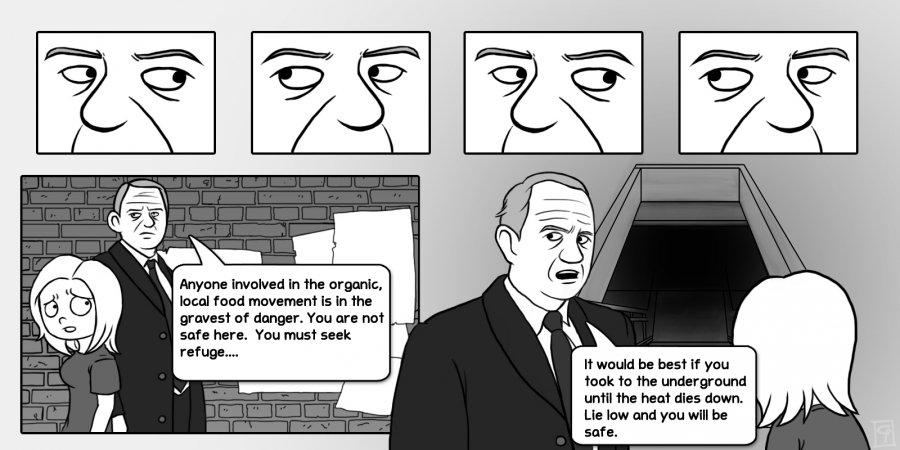 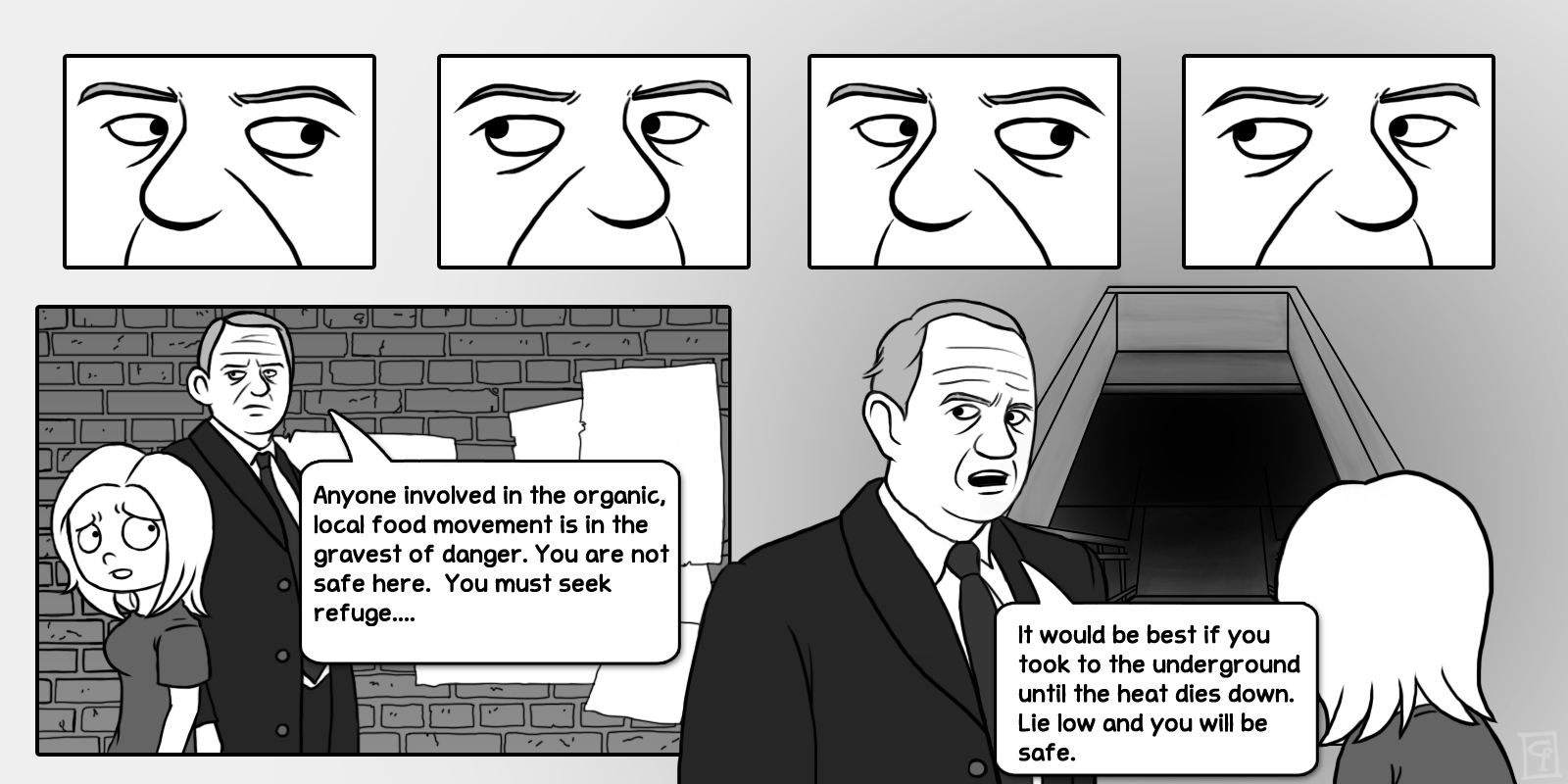 When I had this dream, I had been researching Ag-gag and food disparagement laws by day, and watching a lot of MI-5, a BBC television series about the British Security Service, by night.  In my dream, the head of MI-5, Harry Pearce, met me in a dark alley to tell me that the Organic Movement was coming under political pressure and that it was no longer safe for me to publish my work.  I needed to go underground and that radio-silence was required. Now, why should a writer for a sustainable food magazine have such nightmares?  Surely I am not uncovering political scandal, embellishing threatening conspiracy theories, or revealing the secret identity of a member of the CIA.  My pursuits are to educate myself and my readers about food—where it comes from and what it is made out of, where it goes when we’re done with it, how people label it and what people think about it, and how people are trying to make the system around it more sustainable. But there are laws being passed around the world which are making this harder for people like me to do.  Ag-gag laws criminalize the act of undercover investigative journalism on animal facilities, which have in the past lead to some of the largest recalls in the meat industry when deplorable, and even inventive, abuses against animals along with the highly unsanitary conditions our food was produced in were uncovered.  Food disparagement laws allow the food industry to take legal action against anyone who publicly criticizes a food or food product. These pieces of legislation are worth having nightmares about. For instance, when a food company wins a law suit under a food disparagement law, the defendant—the journalist, the talk-show host, or anyone who captures some media attention from what they say about the food we eat—has to pay not only the financial “damages” their words may have influenced, but also the food company’s legal fees as well. You have to pay the cost of what it took to successfully sue you.  But this reimbursement of legal fees by your opponent is not reciprocal.  If the food company loses, they are not required to pay a cent of your legal fees. This is the kind of legal favor that has been given to Big-Ag, which gains increasingly more power to persecute people like me for stating anything from “enriched” caged eggs being labeled “humane” is an insult to the very word humane, to invoking the name of the GMO-corporation-who-shall-not-be-named.   Taxpayers pay the state legislatures to make laws in the interest of the people. Tell me, in whose interest were these laws made?  Good, honest people who have worked hard to bring awareness to the public have been bankrupted, utterly financially destroyed, simply for telling the truth. How is change ever supposed to happen when our very right to free speech and public discourse is being insidiously curtailed? Big-Ag is watching you.
02 Jan – Comics / Art / Government