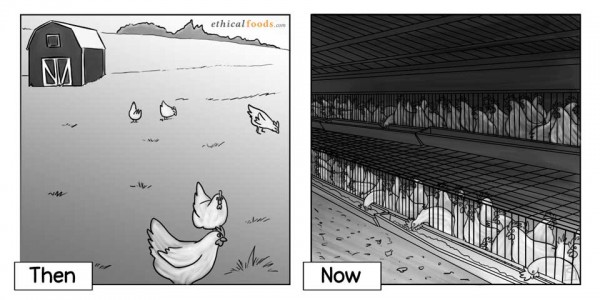 The ASPCA recently launched a campaign to curtail the expansion of what are commonly referred to as ag-gag laws or veggie libel legislation, behind which some factory farms and food processors attempt to hide unsafe and unethical practices.  They have initiated a Change.org petition against such legislation, which they will deliver to the National Conference of State Legislatures.

Live Chat: On May 15th at 3pm ET, the ASPCA will host a Facebook chat with farm animal welfare experts to discuss the growing trend of ag-gag bills and why they are so dangerous for both animals and consumers. EF Articles: Read our past articles on veggie libel laws and the chilling affect it has on frank public discourse about food. Petition: Learn more about the petition to stop the encroachment of ag-gag laws.