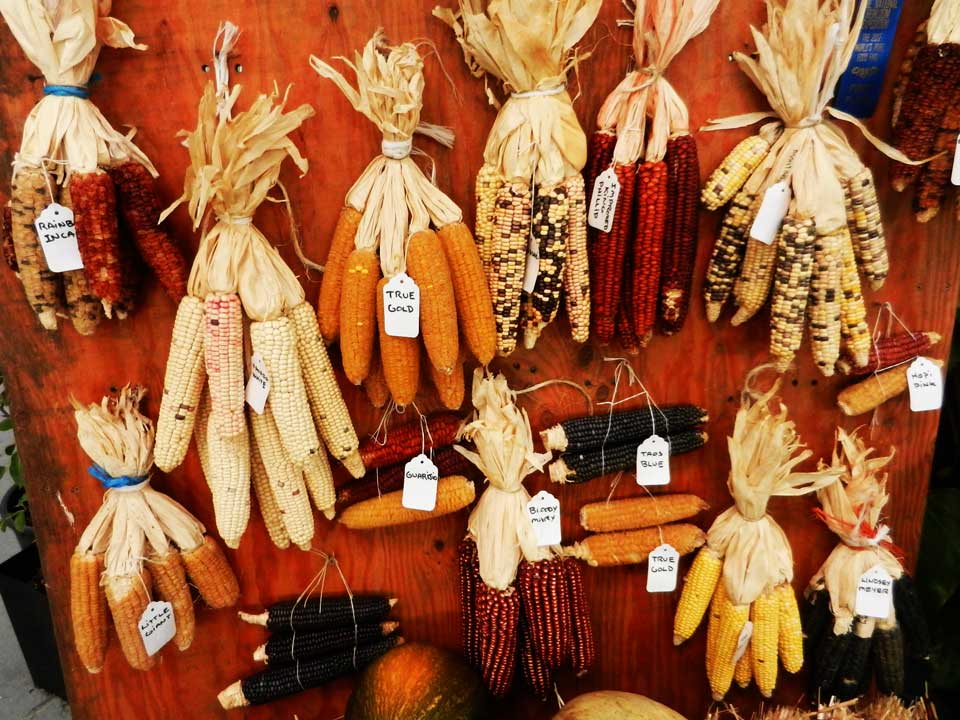 Corn is in more of your every day products and foods than you may think.  But what happens when an extreme weather event such as the drought that hit the US last summer cuts our supply of this staple ingredient?

There is the corn we eat and then there is the corn that we don’t think about.  It’s called corn, it grows like corn, it certainly looks like corn and yet it is not used like corn.  And in the case of certain varieties, it isn’t even edible.  If you were to take on the harrowing task of uncovering all of the things that corn is made into these days, you would discover just how shockingly dependent we are on this golden grain. That is why extreme weather events propelled by global climate change pose such a threat to our current way of life.  To get an idea of this, let’s take a look at the impacts of the recent drought in the US on the three major categories of corn based commodities: processed foods; ethanol; and animal products such as meat, dairy and eggs.

As anyone who has read The Omnivore’s Dilemma

can tell you, vastly grown, federally subsidized corn has found its way into processed foods under all manner of names such as dextrin, golden syrup, baking powder, lactic acid, sorbitol, xanthan gum and many others. “People think of the sweet corn they buy at the store and put on the BBQ in the summer, which is a totally different kind of corn than the one that got hit this summer,” explains Maximilian Auffhammer, Associate Professor and Agricultural and Resource Economics Director at UC Berkeley.  “What got hit is corn that is either used to make ethanol for transportation, for feeding cows and poultry, or for all sorts of other things—like to make the glazing of your M&Ms.” The 2012 corn harvest saw a significant reduction in yield causing corn prices to skyrocket.  This inflation was preceded by a history of corn prices being steadily driven up by competing demand from those producers most dependent on the grain—processed food manufacturers, biofuel companies, and livestock farmers. According to the USDA, the impact on processed foods are not expected to come into full effect until late 2013.

A redrafting of the five-year-old federal mandate which requires an annual increase in the amount of ethanol used in gasoline was brought before the EPA by several states when the percentage of American corn crops affected by the drought reached 88 percent. According to the New York Times, since this policy was put in place, around half of the nation’s corn supply has been diverted from its use as animal feed to be used in ethanol instead.  In November of 2012 the request was rejected when the EPA was unable to find a sizeable negative impact on the economy caused by the diversion of corn for ethanol production.

Corn is not only used to fuel our cars but our meat, eggs and dairy as well.  This grain plays a principal role in feeding the nation’s livestock as it makes up the bulk of what is put in animal feed. Due to a restriction on corn supplies and competition from other industries, livestock farmers have responded to corn price increases in a variety of ways.  Some were driven to import their feed from more distant domestic sources or even overseas, increasing their transportation costs as well as their greenhouse gas emissions. Most often, this extra shipping cost is passed on to the consumer.  Other farmers decided to cull their herds (slaughter them early) while the more “resourceful” ones resorted to giving their animals alternative feeds such as candy, cookie mix and recycled chicken poop. Over the summer, severe drought impacted an estimated 67 percent of cattle production.

Affecting more than just your wallet

The cost of our dependency on grain is not only calculated in financial terms.  Our food security rests on resources that are becoming more scarce each year—among them petroleum and water—and if just one of these is compromised our entire food system risks failing on a massive scale.  With extreme weather patterns becoming more frequent, we can expect to see more droughts, floods and super storms. As any sustainable farmer will tell you, resiliency comes through biodiversity and the establishment of local food supplies, not monoculture and food imports from far away places. It’s time to ask the question: are we really comfortable leaving so many aspects of our lives (food, fuel, toothpaste, etc.) reliant on corn?
05 Mar – Field & Sea / Climate Change / Drought